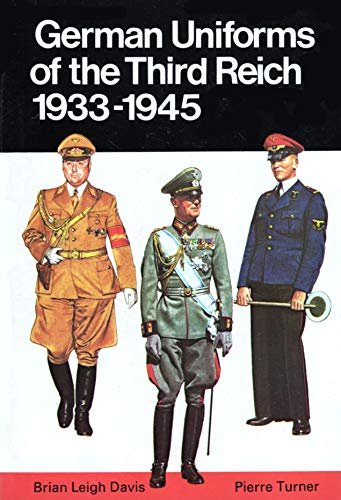 In this book I have attempted to illustrate and explain some of the many uniforms and items of official clothing together with their related insignia and accommodations were worn by Germans within German history known as the Third Reich. It has been my decision to divide the color plates and the corresponding text into three general areas: 1) Those uniforms worn by the members of he National Socialist Party and its affiliated organizations. 2) Those formations that could be considered as having a fighting or police-like function and 3) Those bodies of officials who governed, administered or supervised everyday functions.

M J Whitley is an expert of the post-World War One German Navy.