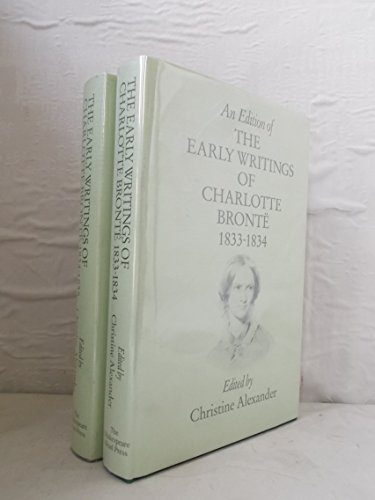 This is the second of three volumes which will form the first complete edition of the early writings of Charlotte Bronte. The manuscripts in this volume range from short love stories to ficticious legal documents and imaginary newspaper articles, and tell of Charlotte′s growing disillusionment with the world of the Glass Town and of the rise of the Kingdom of Angria.

"A chronological collection of the entire early writings is essential to a comprehensive understanding, and Alexander′s edition is the first to offer such an approach. Alexander′s excellently annotated edition allows the reader to enjoy these, Bronte′s apprentice works, in their own right while simultaneously pointing to their importance within her development as a novelist. The third volume is eagerly awaited." Notes and Queries .

Parts one and two, in two books, make up the second of three volumes which will form the first complete edition of the early writings of Charlotte Bronte. The text is based solely on Charlotte's manuscripts, except in the cases of stories and articles where original manuscripts no longer exist. Many of the writings have never been published before. The three volumes will cover the main periods of Charlotte's juvenile writings and will be essential reading for anyone attempting to understand the origins of her mature style. The manuscripts in this volume range from short love stories, historical tales and lyrics to ficticious legal documents and imaginary newspaper articles. They focus almost exclusively on Charlotte Bronte's hero Arthur Wellesley, Duke of Zamorna, and his complicated love affairs. They tell too of the disillusionment with the world of Glass Town and of the rise of the Kingdom of Angria, and follow Zamorna and his court drawn to this new land by the prospect of adventure.

Before a brief textual introduction, a general introduction to Charlotte Bronte's writing in the period 1833-1835 places the poems and stories in context and isolates their significance in her writing career. Footnotes identify many of Charlotte Bronte's sources, provide useful biographical information and explain the complicated relationships between both characters and manuscripts. Textual notes are located at the end of the book for the specialist.