Items related to A Corporal's War: World War II Adventures of a... 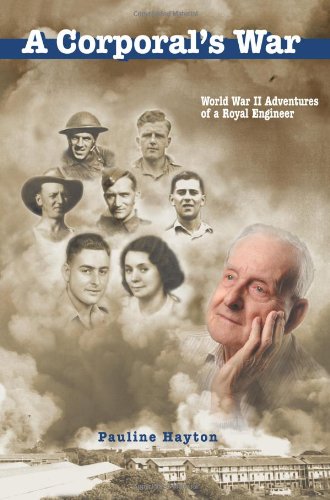 It's 1939. Norman, twenty years old, married, and father of a young child, struggles to make ends meet. To improve the family's finances, he enlists in the army, figuring that when his six months' National Service ends he will be twenty-one and entitled to earn adult wages, a good plan until foiled by Britain's declaration of war against Nazi Germany.

Norman's world is turned upside down. His six months of army life stretches to seven years, where he forges friendships that sustain him throughout the war years. Norman and his comrades survive the German war machine's devastating defeat of the British army at Dunkirk. When his company is posted overseas for four years, the men overcome homesickness in the killing heat of India, a country Norman grows to love. They build airfields in Assam and battle monsoon mud and rain during mopping up operations against the Japanese in north Burma's steamy jungles.

Finally, the atomic bomb brings the war in the Far East to an end, and Norman is able to return home. After a four-year absence, he worries: how much has the war changed him? Will his wife recognize him? Will she welcome him home with open arms?

The author was born in 1946 in the north-east of England and worked as a probation officer in her hometown of Middlesbrough before immigrating to the United States in 1991. After listening to her father's war stories and reading his wartime diaries, she felt compelled to write this book.