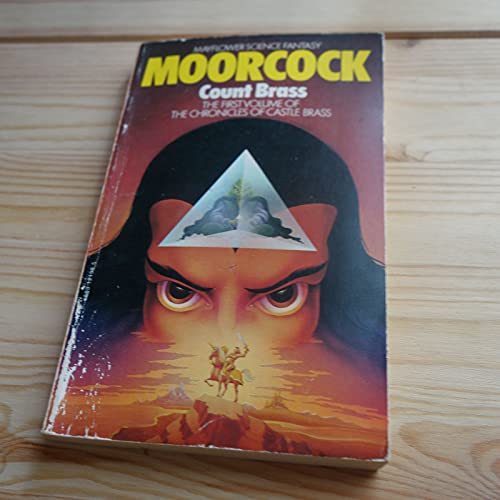 Michael Moorcock (1939-)
Michael Moorcock is one of the most important figures in British SF and Fantasy literature. The author of many literary novels and stories in practically every genre, his novels have won and been shortlisted for numerous awards including the Hugo, Nebula, World Fantasy, Whitbread and Guardian Fiction Prize. In 1999, he was given the World Fantasy Life Achievement Award; in 2001, he was inducted into the SF Hall of Fame; and in 2007, he was named a SFWA Grandmaster. Michael Moorcock is also a musician who has performed since the seventies with his own band, the Deep Fix; and, as a member of the prog rock band, Hawkwind, won a gold disc. His tenure as editor of New Worlds magazine in the sixties and seventies is seen as the high watermark of SF editorship in the UK, and was crucial in the development of the SF New Wave. Michael Moorcock's literary creations include Hawkmoon, Corum, Von Bek, Jerry Cornelius and, of course, his most famous character, Elric. He has been compared to, among others, Balzac, Dumas, Dickens, James Joyce, Ian Fleming, J.R.R. Tolkien and Robert E. Howard. Although born in London, he now splits his time between homes in Texas and Paris.

Book Description HarperCollins Distribution Services, 1973. Mass Market Paperback. Condition: Used; Good. Dispatched, from the UK, within 48 hours of ordering. This book is in good condition but will show signs of previous ownership. Please expect some creasing to the spine and/or minor damage to the cover. Seller Inventory # CHL6012437

Book Description HarperCollins Distribution Services, 1973. Mass Market Paperback. Condition: Used; Good. Dispatched, from the UK, within 48 hours of ordering. This book is in good condition but will show signs of previous ownership. Please expect some creasing to the spine and/or minor damage to the cover. Grubby book may have mild dirt or some staining, mostly on the edges of pages. Damaged book. Slightly damaged in some way typically, a grazed corner or torn cover. Seller Inventory # CHL6033065

Book Description Paperback. Condition: Good. The book has been read but remains in clean condition. All pages are intact and the cover is intact. Some minor wear to the spine. Seller Inventory # GOR003795976

Book Description Mayflower Books, 1973. Condition: Good. A+ Customer service! Satisfaction Guaranteed! Book is in Used-Good condition. Pages and cover are clean and intact. Used items may not include supplementary materials such as CDs or access codes. May show signs of minor shelf wear and contain limited notes and highlighting. Seller Inventory # 0583121985-2-4

Book Description -. Mass Market Paperback. Condition: Very Good. Count Brass (Chronicles of Castle Brass / Michael Moorcock) This book is in very good condition and will be shipped within 24 hours of ordering. The cover may have some limited signs of wear but the pages are clean, intact and the spine remains undamaged. This book has clearly been well maintained and looked after thus far. Money back guarantee if you are not satisfied. See all our books here, order more than 1 book and get discounted shipping. Seller Inventory # 7719-9780583121989

Book Description HarperCollins Distribution Services 22/03/1973, 1973. Condition: Very Good. Shipped within 24 hours from our UK warehouse. Clean, undamaged book with no damage to pages and minimal wear to the cover. Spine still tight, in very good condition. Remember if you are not happy, you are covered by our 100% money back guarantee. Seller Inventory # 6545-9780583121989

Book Description Mayflower, 1973. Paperback. Condition: Used; Good. **SHIPPED FROM UK** We believe you will be completely satisfied with our quick and reliable service. All orders are dispatched as swiftly as possible! Buy with confidence! Aloysius Ihezie. Seller Inventory # 1565261

Book Description Paperback. Condition: Very Good. The book has been read, but is in excellent condition. Pages are intact and not marred by notes or highlighting. The spine remains undamaged. Seller Inventory # GOR005170093