Items related to The Italian Risorgimento (Seminar Studies In History) 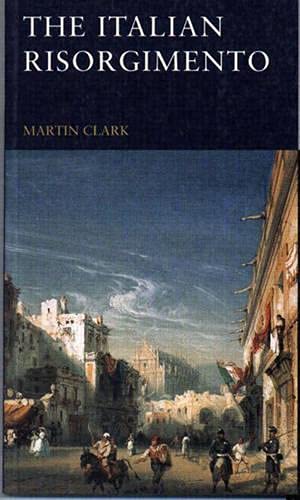 Seminar Studies in History...provide a means of bridging the gap between specialist articles and monographs and textbooks. They are written by acknowledged experts on the subject who are not only familiar with current thinking but have often contributed to it. Their format, well-tried and effective, combines information, analysis and assessment effectively. The selections of documents, included from the outset of the series when document work was hardly in vogue in schools, not merely illustrates points made in the text but provides an effective medium for discussion on the issues raised. The further reading guide has stimulated countless students to take their interests further. The structure of the series may not have changed through time but the format has, with attractive four-colour covers and larger pages....Seminar Studies are still, despite all the opposition, a market leader.
Teaching History
__________________________________________________________________________

This new Seminar Study will be welcomed by anyone studying the complexities of the Italian Risorgimento for the first time. As with all the books in the series, the aim is to provide students, unfamiliar with the subject, with an up-to-date account of what happened and why, in as brief a span as possible.

The book opens with a general discussion of the Risorgimento and how the events leading to Italian unification in 1861 have been interpreted by historians. Dr Clark then takes the reader through the events of the first half of the nineteenth century in a series of concise chapters. Full attention is given to the social, economic and religious context, to regional diversities, as well as to the rise of Cavour, foreign diplomacy and the military exploits of Garibaldi. Throughout, the broader European context is emphasised and the subject is related to today s issues. The author argues that, despite appearances, the Risorgimento was not a national insurrection and that any national sentiment was limited to a small, educated urban minority.

Illustrating the major themes in the book is a fascinating selection of original documents, translated into English specially for this volume. Included amongst them is a description of Garibaldi by a contemporary follower; and a cheque, sent to Garibaldi by a group of Scottish Friends of Italy , and signed by Garibaldi himself. As additional tools the author has provided a chronology of the main events, a glossary of terms, and two maps. Concise, accessible, and enormously readable - the book is an important addition to the series.

This engrossing short study is an ideal text for anyone studying the complexities of the Italian Risorgimento for the first time. The book opens with a general discussion of the Risorgimento and how the events leading to Italian unification in 1861 have been interpreted by historians. Full attention is given to the social, economic and religious context, as well as the rise of Cavour, foreign diplomacy and the military exploits of Garibaldi.

Martin Clark is Reader in the Department of Politics, University of Edinburgh.