Items related to The Grip of Film

Ayoade, Richard The Grip of Film

The Grip of Film 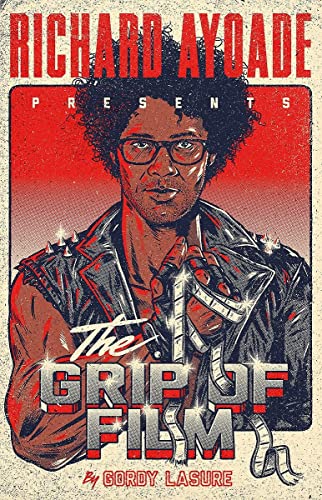 Gordy LaSure's passionate about film. He eats film, he drinks film, and sometimes he'll even watch a film. But most of all he loves talking to people about film: whether a comely student with low confidence and a father complex, a Studio 'development' exec who doesn't trust his own judgement, or the countless people Gordy LaSure's encountered in his capacity as the web moderator on an Excessive Sweating Discussion Forum. Gordy LaSure's alwaystalking about films and how they'd be a shit ton better if only people would pull their asses out of their ears and listen to Gordy LaSure.
The voyage of this book can be categorised as an attempt to understand How In Hell Film Works. Why are some films bad, and some films terrible?How come just a handful of films (Titanic, Porky's, Dirty Harry) are any good at all? Gordy'll tell you How and Why, and he'll give you a slug of Wherefore on the side. And he doesn't shoot from the hip; he shoots from the gut.

'A work of shimmering, glimmering genius. Finally, brilliant critical appraisals of such luminous cinematic masterworks as Road House and Time Cop allow us to see - as if through a mist - just how movies work and how critics have been fooled into valuing such comparatively mediocre and lame effusions as Citizen Kane, The Seventh Seal or It's a Wonderful Life - none of which, Gordy LaSure shows us, match up to the high water mark of the great Seagal, van Damme, Norris, Swayze and Statham achievements. Never has the cult and mythos of hero been so accurately and insightfully illuminated, or with such excoriating passion, zest, knowledge and insane prejudice.' Author: Stephen Fry

Richard Ayoade edits and annotates the meditations on film by that master of the medium, Gordy LaSure.