Items related to The Turn of the Screw: adapted for the stage

Lenkiewicz, Rebecca The Turn of the Screw: adapted for the stage

The Turn of the Screw: adapted for the stage 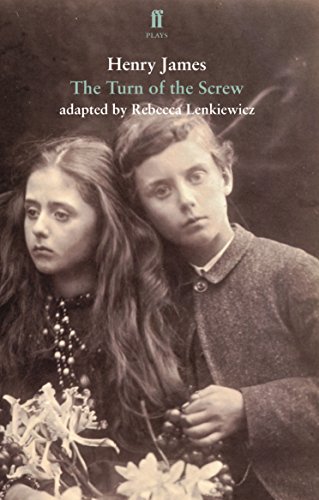 A new adaptation of Henry James's classic novella adapted for the stage by Rebecca Lenkiewicz. This adaptation was first staged at the Almeida Theatre, London, in January 2013.

Rebecca Lenkiewicz's The Night Season premiered at the National Theatre in 2004, received the Critics' Circle Most Promising Playwright Award and was nominated for the Charles Wintour Evening Standard Award and the Susan Smith Blackburn Award. Her Naked Skin premiered at the National Theatre in 2008, the first play by a living female playwright to be staged on the Olivier. Other plays include The Painter (Arcola Theatre), The Typist ( Riverside Studios), The Lioness (The Tricycle), That Almost Unnameable Lust, Shoreditch Madonna, Blue Moon over Poplar (Soho Theatre), A Soldier's Tale (Old Vic), Invisible Mountains (National Theatre Education), Faeries (Royal Opera House), Justitia (Peacock Theatre) and adaptations of Ibsen's An Enemy of the People (Arcola and Manhattan Theatre Club, USA) and Ghosts (Arcola). For BBC Radio 4: Fighting For Words, Caravan of Desire, Sarah and Ken (Special Commendation for the Tinniswood Award), Dracula and The Winter House.

1. TURN OF THE SCREW

2. The Turn of the Screw: adapted for the stage