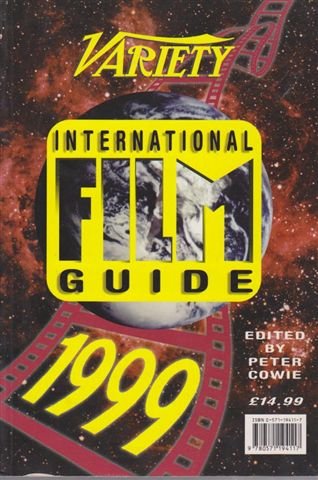 Presenting a survey of film-making trends, achievements and personalities, this is a guide the world of cinema which has been published annually for more than three decades. It includes illustrated reports from 65 countries and appraisals of its five Directors of the Year - Pedro Almodovar, Patrice Lecomte, Gus Van Sant, Michael Winterbottom and John Woo. There are also updated sections devoted to film festivals, film schools, film archives and film music.

Book Description Condition: Very Good. This book is in very good condition and will be shipped within 24 hours of ordering. The cover may have some limited signs of wear but the pages are clean, intact and the spine remains undamaged. This book has clearly been well maintained and looked after thus far. Money back guarantee if you are not satisfied. See all our books here, order more than 1 book and get discounted shipping. . Seller Inventory # 7719-9780571194117

Book Description Condition: Very Good. Shipped within 24 hours from our UK warehouse. Clean, undamaged book with no damage to pages and minimal wear to the cover. Spine still tight, in very good condition. Remember if you are not happy, you are covered by our 100% money back guarantee. Seller Inventory # 6545-9780571194117

Book Description Condition: Good. This is an ex-library book and may have the usual library/used-book markings inside.This book has soft covers. In good all round condition. Please note the Image in this listing is a stock photo and may not match the covers of the actual item,1050grams, ISBN:0571194117. Seller Inventory # 5307951