Items related to Scorsese on Scorsese (Directors on Directors)

Scorsese on Scorsese (Directors on Directors) 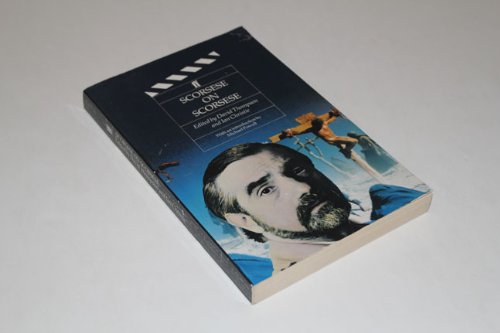 Scorsese on Scorsese, edited by Ian Christie, provides the definitive exploration of the works of the iconic film director, Martin Scorsese, the man behind films such as Taxi Driver, Raging Bull, Goodfellas, Gangs of New York, Kundun and The Wolf of Wall Street, among many others.

Now fully updated, Scorsese on Scorsese is the definitive study of America’s foremost film director, including new chapters on Kundun, Bringing Out the Dead, the documentary My Voyage to Italy, and the epic Gangs of New York.

True to its title, this book offers Martin Scorsese in his own words: through a career-length interview in which he recalls his upbringing in New York’s Little Italy, and explains the inspiration and creation of his many great movies, from Mean Streets and Taxi Driver, through Raging Bull and The Last Temptation of Christ, up to Goodfellas, Casino, and Gangs of New York. The result is an incomparable insight into a body of work that is the most personal achievement in modern American cinema.

Scorsese proves himself to be a terrifically articulate artist, whether recounting the many battles to get his movies made, his supreme passion for the medium of film itself, or the roots of his long-time creative partnership with actor Robert De Niro.

Scorsese on Scorsese also contains a complete filmography, and a wealth of behind-the-scenes stills and sketches from Scorsese’s own collection.