Items related to The Spire 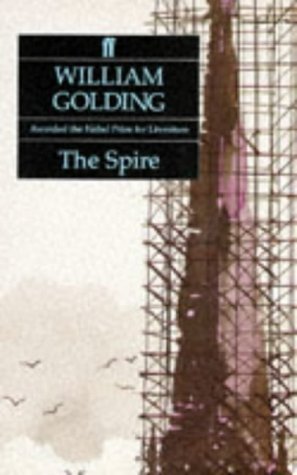 The vision that drives Dean Jocelin to construct an immense new spire above his cathedral tests the limits of all who surround him. The foundationless stone pillars shriek and the earth beneath them heaves under the structure's weight as the Dean's will weighs down his collapsing faith. Meanwhile, the towering spire casts a shadow of dread on all those who behold it.

From William Golding - the winner of the Nobel Prize for literature and author of Lord of the Flies - The Spire is a dark portrait of one man's obsession, and the folly that his overreaching ambition creates.

Born in Cornwall, England, William Golding started writing at the age of seven. Though he studied natural sciences at Oxford to please his parents, he also studied English and published his first book, a collection of poems, before finishing college. He served in the Royal Navy during World War II, participating in the Normandy invasion. Golding's other novels include Lord of the Flies, The Inheritors, The Spire, Rites of Passage (Booker Prize), and The Double Tongue.