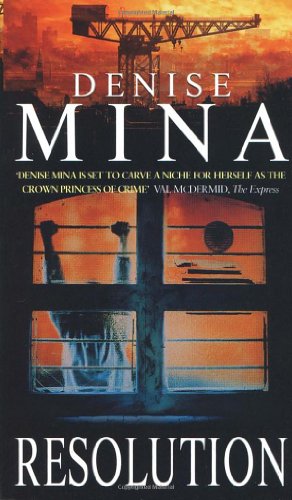 Maureen O’Donnell, ex-psychiatric patient and survivor of sexual abuse, is facing the darkest episode in her life. Her abuser has arrived back in Glasgow in time for the birth of her sister’s new baby; she owes more than she makes in a year in back taxes; and Angus Farrell, the psychologist who murdered her boyfriend is up for trial, with Maureen as the reluctant star witness. On top of it all, she has managed to become embroiled in someone else’s family feud. Ella McGee, an elderly stall holder at the flea market where Maureen and Leslie are selling illegally imported cigarettes, is bringing a case against her son in the small claims court. When Ella dies in hospital after a brutal beating Maureen, who identifies all too readily with the underdogs of this world, can’t stop herself from becoming involved. Soon Maureen too is under threat, and this time she has very few protectors.

'This is a real trilogy whose volumes interconnect and reverberate...A deeply moving work and a gripping narrative' -- Scotland on Sunday

‘What marks Mina out as one of the most remarkable writers of her generation is the quality of her prose. RESOLUTION is packed with paragraphs so finely constructed you want to fight the pull of the story to go back and read them again. It's studded with images that stick in the mind long after the book is closed ... On this evidence, Denise Mina is set to carve a niche for herself as the Crown Princess of Crime' VAL MCDERMID, The Express

Book Description Condition: New. Quality Books. Because We Care - Shipped from Canada. Usually ships within 1-2 business days. If you buy this book from us, we will donate a book to a local school. We donate 10,000+ books to local schools every year. Seller Inventory # R17165S