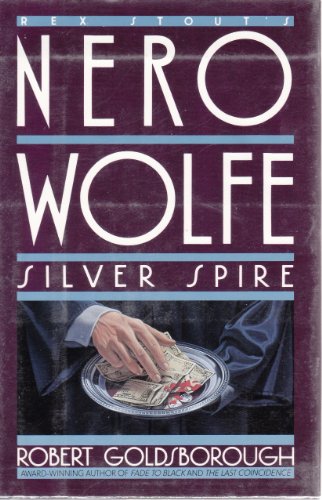 Nero Wolfe and sidekick Archie Goodwin tackle the powerful high-stakes world of mass-media evangelism as they try to protect one of America's most beloved preachers.

“Devotees of the late Rex Stout’s bestsellers will be pleasantly surprised.” —Publishers Weekly “Mr. Goldsborough has all of the late writer’s stylistic mannerisms down pat.” —The New York Times “Goldsborough does a masterly job with the Wolfe legacy.” —Booklist

Robert Goldsborough (b. 1937) is an American author best known for continuing Rex Stout’s famous Nero Wolfe series. Born in Chicago, he attended Northwestern University and upon graduation went to work for the Associated Press, beginning a lifelong career in journalism that would include long periods at the Chicago Tribune and Advertising Age.
While at the Tribune, Goldsborough began writing mysteries in the voice of Rex Stout, the creator of iconic sleuths Nero Wolfe and Archie Goodwin. Goldsborough’s first novel starring Wolfe, Murder in E Minor (1986), was met with acclaim from both critics and devoted fans, winning a Nero Award from the Wolfe Pack. Nine more Wolfe mysteries followed, including Death on Deadline (1987) and Fade to Black (1990). Stop the Presses! (2016) is his most recent novel.