Items related to The Past Is Myself

Bielenberg, Christabel The Past Is Myself 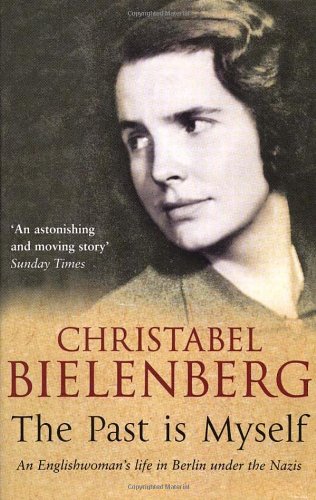 Christabel Bielenberg, a niece of Lord Northcliffe, married a German lawyer in 1934. She lived through the war in Germany, as a German citizen, under the horrors of Nazi rule and Allied bombings. Closely associated with resistance circles, her husband was arrested after the failure of the plot against Hitler's life on 20th July 1944, and she herself was interrogated by the Gestapo. Not only do we meet her friends whose tragic bravery shines from the book, but dozens of everyday Germans, from the simple-minded Nazi official who was also her odd-job gardener, to the good-hearted Black Forest villagers who sheltered her till the liberation. They are presented with humour and sympathy, allowing the reader a remarkable insight into their character. All the more haunting, then, is her night-time encounter with an SS man from Riga who searches desperately for death on the battlefield. The human dimension of her writing brings about an unforgettable portrait of an evil time.

Christabel Bielenberg, a niece of Lord Northcliffe, married a German lawyer in 1934. She lived through the war as a German citizen and wrote about her experiences in her memoir, The Past is Myself, and in its sequel, The Road Ahead. The Past is Myself was adapted for television by Dennis Potter under the title Christabel. In 1988, the Federal Republic of Germany awarded her the Commander's cross of the Order of Merit for her contribution to German-English understanding. She and her husband, Peter, have three sons and live in Ireland.