The Playboy of the Western World (New Mermaid Anthology) 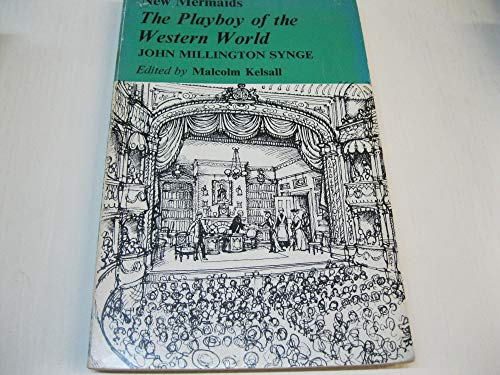 One of the best-known Irish playwrights, John Millington Synge premiered The Playboy of the Western World in 1907. It immediately provoked controversy, eventually resulting in the infamous Playboy riots. It has been recorded and adapted many times, but this timeless recording stars the Irish actors who made it a classic, including Siobhan McKenna and Cyril Cusack.

John Millington Synge was born in 1871 in Rathfarnham, County Dublin. His father was a barrister and his mother the daughter of a County Cork rector. He studied languages and music at Trinity College, Dublin and decided to become a professional musician on graduation. In Germany he continued his studies, but began to have doubts about his choice of career. He moved to Paris where in 1896 he met W. B. Yeats, who advised him to give up Paris and return to Ireland. He even suggested where Synge might find the inspiration to write - the Aran Islands. In 1898 Synge visited the Aran Islands for the first time. Here he listened and noted the speech of the islanders. It was, in translation, to be the pattern for the dialogue of his plays. In 1902 he wrote two plays, In the Shadow of the Glen and Riders on the Sea. Three years later The Well of the Saints was produced. He was now established as a playwright. His fourth play, The Playboy of the Western World was produced at the Abbey Theatre in 1907 and provoked an immediate riot and continuing controversy. He was at this time a sick man, but lived to write two more plays, The Tinker's Wedding and Deirdre of the Sorrows. He died in March 1909.

The Playboy of the Western World