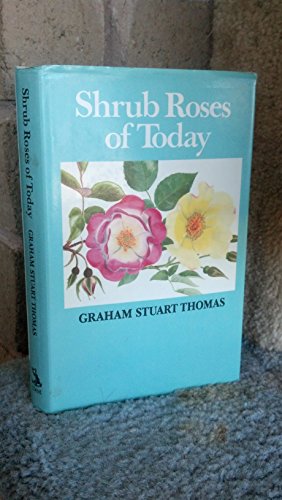 This book was first printed in 1962, but was revised and reprinted through 1985 in Britian. Author, Graham Stuart Thomas, O.B.E., well know authority of horticulture and botany, presents his readers with his experience with roses, including the 'recently' developed group known as shrub roses. The book covers an enormous range of three hundred and fifty species and varieties and is divided into three main sections. First part recounts the history of roses in general. Second describes the wild species and their hybrids, from the European Dog Rose, the Cinnamon, Burnet and Austrian Roses, the Japanese Rugosas and the American species. The third part of the book deals with later developments, after the advent of the China rose, including hybrid Musks and the Hybrid Perpetuals and the evolution and uses of modern hybrid shrub roses. There is a chapter on fragrance, a section on cultivation and pruning, as well as an exhaustive index and bibliography. Gordon D. Rowley contributes notes and diagrams illustrating genealogy. The book includes eight pages of water-colors and eight pencil drawings by the author, as well as sixteen black and white photographs.