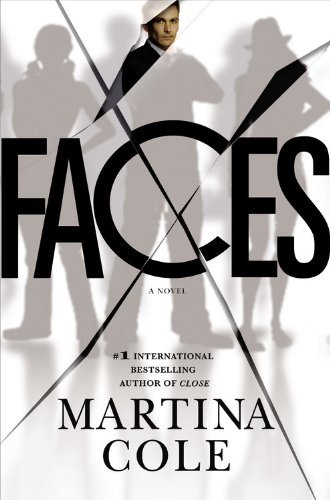 From international bestselling author Martina Cole comes a gritty, gripping, and utterly unforgettable new novel set in the heart of London's criminal gangland.
Just before Danny Cadogan's fourteenth birthday, his father leaves. Having drunkenly run up a gambling debt he cannot pay, Big Dan Cadogan takes the wrath of the men sent to collect the debt. Determined to protect his mother, brother and sister, something changes in Danny and, overnight, he turns into a young man set on making his way in a violent and dangerous world.

And so, with his childhood friend, Michael Miles, providing the brains behind the operation, Danny Cadogan becomes a Face. Not just a Face, but the most feared Face in the Smoke. Out for all he can get. At any cost.

But Danny's ruthlessness on the streets of London doesn't stop at his front door. He rules his wife, Mary, and children with an iron will -- and his fists. But if Mary breaks her silence, it could shake Danny's criminal empire; right to the very core. And for a Face at the top of his game, there's only one way to go. Down. Because, after all, debts can be paid even without money.

'Cole is brilliant at portraying the good among the bad, and vice versa, so until the very end we never quite know who to trust. This is the very stuff that makes her so compelling' (Daily Mirror)

No one writes about East End women and their vagaries like Martina Cole (Maxim Jakubowski, Murder One)

'A powerful novel that pulls no punches... Cole has an ear for the vernacular of the East End, as well as an ability to portray the viciousness of life at the edge' the Guide ( Guide )

'Martina Cole explores the shady criminal underworld, a setting she is fast making her own' ( Sunday Express )

'The story will grip you from the first pages' ( Best )

The latest from the no. 1 bestselling author