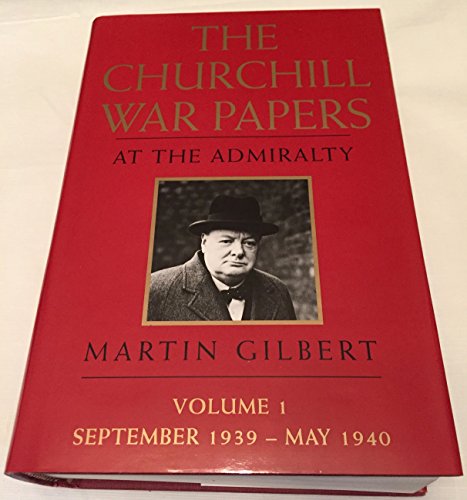 This volume is the product of considerable research into the Churchill papers and many other archives and is an examination of the Churchill story from the outbreak of the Second World War until his emergence as Prime Minister. During his eight and a half months as First Lord of the Admiralty, Churchill was responsible for protecting Britain's Expeditionary Force to France and supervising the daily war effort of the Royal Navy. As a member of the War Cabinet, he was also concerned with every aspect of war policy at home and abroad, including rationing, censorship, morale, relations with the United States, the fate of Poland, the future of France and the essential acceleration of Britain's war effort. The book also illustrates the dramatic events of 1940 when Hitler attacked Norway and invaded France, Holland and Belgium and reveals many personal aspects of Churchill's life and aspirations. Martin Gilbert is the author of "Winston S. Churchill", the eight volume biography of the great statesman.

The legions of Churchill admirers will certainly, and voraciously, examine this excellently edited collection. "