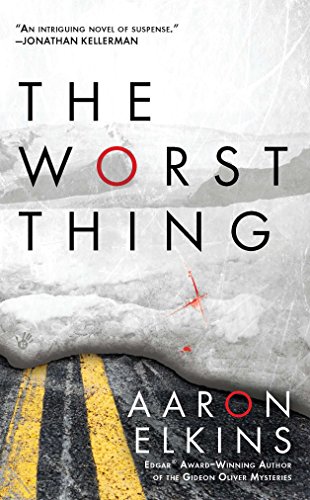 For Bryan Bennett, designing hostage negotiation programs is the perfect job--as long as he doesn't deal directly with kidnappers or their victims. Intense nightmares of his own abduction and imprisonment as a small boy still plague him thirty-some years later, and claustrophobia prevents him from attempting to travel.

So when Bryan's boss asks him to fly to Reykjavik to teach his corporate-level kidnapping and extortion seminar, he initially refuses. But a CEO has specifically requested Bryan--or no one else. Finally Bryan relents... For decades he's treaded gingerly around his deepest terrors. Now, on this trip, Bryan's taken hostage again and must face his fears full-on. Will he realize that in this battle of will and nerve, he is his own greatest enemy? Or has this fight already been lost years ago?

"An evocative portrayal of the inner workings of a mind tormented by terror."-- Jonathan Kellerman, New York Times Bestselling Author "One whopper of a surprise ending...this may well be [Elkins'] best book." --Booklist About the Author:

Aaron Elkins is the author of the Edgar(R) Award-winning Gideon Oliver mysteries.