Items related to Waugh in Abyssinia 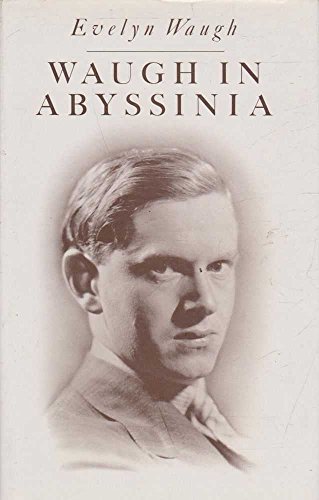 Scoop, Evelyn Waugh's bestselling comedy of England's newspaper business of the 1930s is the closest thing foreign correspondents have to a bible—they swear by it. But few readers are acquainted with Waugh's memoir of his stint as a London Daily Mail correspondent in Abyssinia (now Ethiopia) during the Italian invasion in the 1930s. Waugh in Abyssinia is an entertaining account by a cantankerous and unenthusiastic war reporter that "provides a fascinating short history of Mussolini's imperial adventure as well as a wickedly witty preview of the characters and follies that figure into Waugh's famous satire." In the forward, veteran foreign correspondent John Maxwell Hamilton explores in how Waugh ended up in Abyssinia, which real-life events were fictionalized in Scoop, and how this memoir fits into Waugh's overall literary career, which includes the classic Brideshead Revisited. As Hamilton explains, Waugh was the right man (a misfit), in the right place (a largely unknown country that lent itself to farcical imagination), at the right time (when the correspondents themselves were more interesting than the scraps of news they could get.) The result, Waugh in Abyssinia, is a memoir like no other.

John Maxwell Hamilton, a longtime public radio commentator, has reported in the United States and abroad for ABC Radio, the Christian Science Monitor, and others. He is dean and LSU Foundation Hopkins P. Breazeale Professor at the Manship School of Mass Communication at Louisiana State University and the author or coauthor of five books.

Book Description Methuen & Company, Limited, 1984. Condition: Good. Ships from the UK. Former Library book. Shows some signs of wear, and may have some markings on the inside. Seller Inventory # GRP74205817