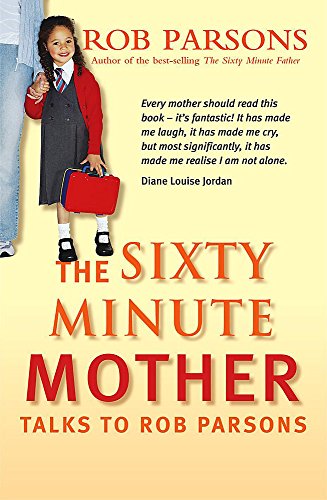 In this new title in the Sixty Minute range, Rob Parsons turns his warm wisdom and wit to the subject of motherhood. Talking to a variety of mothers, including Dianne Parsons, from all backgrounds and situations (working, lone, home-based, mothers of babies, teenagers, adopted kids and so on) he has compiled a wonderfully inspirational book on the highs and lows of being a mother, with lots of fresh insights. In his usual style, and never forgetting the essential truth that men need to nurture their maternal instincts too, he has written another winner.

The irony of modern society is that while we now benefit from time-saving, state-of-the-art technology, a variety of seemingly infinite choices, and a greater sense of emancipation, life seems to have also become more pressured. Add to that equation the role of motherhood and the result can seem frighteningly different from the experiences of previous generations.

Many of the choices mothers now face, such as whether to go back to work or stay at home, or raise a child alone, are tackled in The Sixty Minute Mother. To the uninitiated this may at first appear to be another "super mum" book--how to squeeze in being an attentive, loving mother to five kids while holding down a top executive job--but in fact it shares the experiences of a wide variety of mothers, and avoids offering easy answers. This is the third in a Sixty minute series by the same author, which includes The Sixty Minute Father and The Sixty Minute Marriage. The series is designed for busy people, the aim being that it should only take an hour or so to read each book and digest the information within.

First up are such motherly feelings as feeling out of control or depressed, not liking your kids, or wishing for a more beautiful baby in an image-conscious society: "they wanted a cuddly, rounded, rosy-cheeked, smiling angel. What they got looks like a cross between a drowned rat and a prune." What Rob Parsons provides by way of response is not just balanced advice (as a parent) but the experiences of other mothers, which convey a strong sense of sympathetic support. Sticky issues such as favouritism, feeling guilty, having raised expectations, or letting go of your kids are all interspersed with lighthearted comments and stories. Two areas, however, are accorded particular gravity, which they deserve: single mothers and sick mothers. One mother, diagnosed with advanced cancer, wrote: "Suddenly even the mistakes I've made as a mum seem precious as I realise that the "rights" and "certainties" of motherhood were probably never there anyway --just the privileges and responsibilities."

It may be that motherhood takes a lifetime to understand, but The Sixty Minute Mother will certainly help you on your way. --Susannah Steel