Items related to The Wild Party 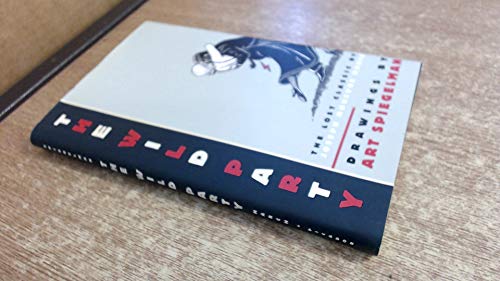 A 1922 book of poems, newly illustrated. "The Wild Party" like its title, concerns a long night in an Evelyn Waugh type world where bohemia rules and alcoholic excesses lead to violent and disturbing ends.

"The Wild Party?. . . It's the book that made me want to be a writer."
-- William Burroughs
The Wild Party may have begun as a dark Prohibition-era morality fable, but, thanks . . . to Spiegelman, it lives again as a funhouse mirror of current fears."
-- "San Francisco Chronicle"

Joseph Moncure March was a poet, journalist and screenwriter best known for his two verse narratives, The Wild Party and The Set-Up, the story of a washed-up black boxer. An editor for "The New Yorker" in the 1920s, he died in 1977.
Art Spiegelman is the author of Maus, A Survivor's Tale, for which he received a special Pulitzer Prize in 1992. He was co-founder and editor of "Raw," the acclaimed magazine
of avant-garde comics, and is currently a staff artist for "The New Yorker" and comix editor at "Details" magazine. He is currently working on "Crime Doesn't Pay," an opera libretto about the history of comics. He lives in New York City with his wife, Francoise Mouly, and their two children, Nadja and Dashiell.