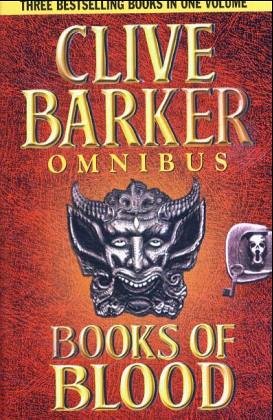 Clive Barker was born in Liverpool in 1952. He rose to prominence in the 1980s with the bestselling Books of Blood, which established him as an icon of the horror genre. His other books include Imajica, The Great and Secret Show, The Thief of Always, Abarat, and Galilee, among others. He's also worked in film as a writer, director, and producer, on such movies as Hellraiser, Nightbreed, Candyman, and The Midnight Meat Train, to name a few. He lives is Los Angeles. Chris Ryall is the Chief Creative Officer at IDW Publishing and the co-creator of Zombies vs Robots with Ashley Wood. Ryall has also co-created and written Groom Lake, The Colonized, The Hollows, and Onyx, and has also written adaptations of stories by Stephen King, Clive Barker, and Richard Matheson. He is also the co-author of a prose book about comics, Comic Books 101, and has written comics based on the Transformers, the band Kiss, Mars Attacks, Weekly World News, and, currently, Hasbro's Rom. Ryall and ZvR co-creator Ashley Wood were nominated for the 2006 Eisner Award for "Best Short Story."

Book Description Condition: Good. A+ Customer service! Satisfaction Guaranteed! Book is in Used-Good condition. Pages and cover are clean and intact. Used items may not include supplementary materials such as CDs or access codes. May show signs of minor shelf wear and contain limited notes and highlighting. Seller Inventory # 0316853674-2-4

Book Description Hardcover. Condition: Good. No Jacket. Item is in good condition. Some moderate creases and wear. This item may not come with CDs or additional parts including access codes for textbooks. This may not have a dust jacket. Might be an ex-library copy and contain writing/highlighting. Photos are stock pictures and not of the actual item. Seller Inventory # DS-0316853674-3