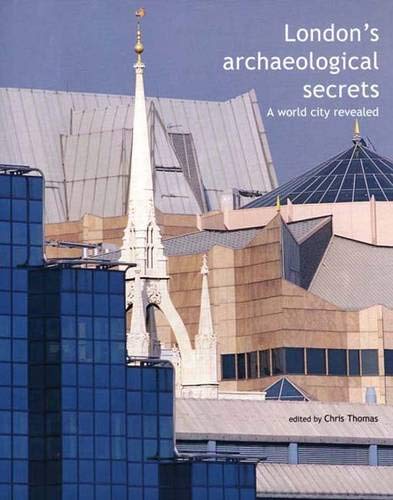 Humming with the energy of millions of residents, workers, shoppers and tourists, London is one of the world's most vital modern cities. It is also a city of immense historic interest. This illustrated work digs deeply into London's past, examining the archaeological discoveries that have revised and enriched our understanding of the city's history. The volume draws on research and excavations conducted by the Museum of London Archaeology Service during the last quarter of the 20th century - exciting discoveries that have uncovered information on topics ranging from the river walls constructed by the Romans to outbreaks of the Black Death to exotic goods imported from locations around the globe. The chapters of the book are organized thematically. They explore the following topics and more: London's rivers, those still existing and those that have been buried; the people, their diets, work, leisure, family life, burial practices, and other aspects of their way of life; city infrastructure, including streets, sewers, bridges, water conduits, railways, and the underground; public and private buildings, such as houses of the rich and poor, markets, theatres, public baths, palaces and forts; products made in the city, ranging from ceramics and leather to bricks and Roman glass; the landscape, the environment, and the impact of human activity upon them; and historic disasters, including fires, disease, floods and wars. Each archaeological finding is described and is accompanied by site photographs. For readers who wish to explore London's archaeological sites, maps and references to modern street plans and existing historic buildings are included. Examining the clues unearthed from past centuries, today's archaeologists aim to provide a new way of seeing and enjoying London.

Chris Thomas, a project manager with the Museum of London Archaeology Service, has directed excavations at Spitalfields, for London Underground's new Jubilee Line in Westminster, and elsewhere.