Polkinghorne, John Belief in God in an Age of Science (The Terry Lectures)

Belief in God in an Age of Science (The Terry Lectures) 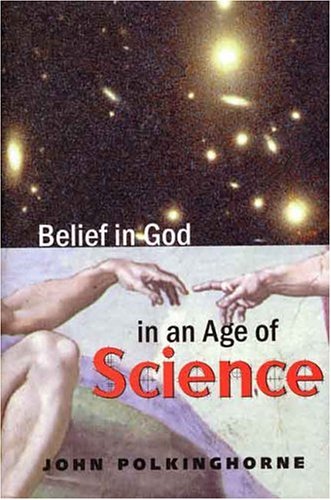 John Polkinghorne is a major figure in debates over the compatibility of science and religion. Internationally known as both a theoretical physicist and a theologian - the only ordained member of the Royal Society - Polkinghorne brings qualifications to his inquiry into the possibilities of believing in God in an age of science. In this book, the author focuses on the collegiality between science and theology, contending that these "intellectual cousins" are both concerned with interpreted experience and with the quest for truth about reality. He argues that scientific and theological inquiries are parallel. The book begins with a discussion of what belief in God can mean in our times. Polkinghorne explores a new natural theology and emphasizes the importance of moral and aesthetic experience and the human intuition of value and hope. In other chapters, he compares science's struggle to understand the nature of light with Christian theology's struggle to understand the nature of Christ. He addresses the question, Does God act in the physical world? And he extends his ideas about the role of chaos theory, surveys the prospects for future dialogue between scientific and theological thinkers, and defends a critical realist understanding of the activities of both disciplines. Polkinghorne concludes with a consideration of the nature of mathematical truths and the links between the complementary realities of physical and mental experience.

Belief in God in an Age of Science, by the renowned theoretical physicist and theologian John Polkinghorne (a fellow of Queen's College, Cambridge), collects a series of lectures exploring the compatibility of science and theology. Polkinghorne's most interesting argument is that the two disciplines, which he calls "intellectual cousins", exhibit "a common concern with the attainment of understanding through the search for motivated belief". He describes this common concern by comparing the scientific investigation into the nature of light that led to the quantum theory with the theological investigation of the nature of Christ's being that led to the Chalcedonian Creed. Polkinghorne's prose is lucid throughout, and his broadminded rigor persuades readers that "if reality is generously and adequately construed, then knowledge will be seen to be one; if rationality is generously and adequately construed, then science and theology will be seen as partners in a common quest for understanding". --Michael Joseph Gross

"If you read one book on science and religion, this should be it."

"Polkinghorne articulates a faith strengthened, not threatened, by the latest scientific research. Whether puzzling over the curious fit between the laws of physics and the requirements for life or tracing the similarities between the methods of the scientist and those of the theologian, Polkinghorne reasons with rare sophistication. . . . This book . . . holds rare promise for healing the secular-religious fissures in our fractured culture."--Bryce Christensen, Booklist
"[This book is] short, accessible and authoritative. . . . It's richly stimulating stuff."--Carlin Romano, Philadelphia Inquirer
"Polkinghorne is sound and scholarly."--The Globe and Mail
"Polkinghorne is clear that, by projecting on science his belief in God, he is following just one possible path in the human quest for meaning. This gives his book a feeling of mutual exploration that drew me in as a reader."--David K. Nartonis, Christian Science Monitor
"This book will certainly be of interest to theologians and scientists."--Publisher's Weekly
"A new dialog between religion and science has begun, . . . and in that conversation Polkinghorne holds a special place."--Library Journal
"An elegant, brief foray into the intersections of theology and science. While God-and-science appears to be a bandwagon, with a recent spate of books on this topic, few scientists or theologians could address its ramifications as gracefully as Polkinghorne of both subjects: a theoretical physicist of some renown, he is also an ordained clergyman and past president of Queens College. If you read one book on science and religion, this should be it."--Kirkus Reviews
"Polkinghorne finds faith strengthened by means of open dialogue between it and science, in which, for instance, chaos theory invites reflection on divine providence."--Booklist (From Booklist's Top 10 Books in Religion)
"A sophisticated, scientifically informed outlook, which is nonetheless animated by a firm, rationally supported religious faith. . . . Theologians and scientists alike will find food for thought here, and philosophers should take heed--for John Polkinghorne's intermarriage of scientific and theological insight may well presage a new 'post-secular' stage in Western thought."--Patrick Glynn, National Review
"Polkinghorne has a clear, focused style, and offers much to the reader seeking a synthesis of science with the tenets of established religion."--Jerome Groopman, Spirit and Science
"This book . . . presents many interesting arguments on the topics of theology and science . . . the book presents an interesting and thought provoking discussion of the relationship between religion and science."--Virginia Quarterly Review
"Belief in God in an Age of Science offers a scholarly presentation that should nevertheless have broad appeal, as Polkinghorne wields technical, scientific and theological terms with alacrity and eloquence without losing sight of the larger lay audience he clearly hopes to reach."--Edward B. Davis, American Scientist
"Polkinghorne's mastery of science and theology makes for some startlingly original and arresting insights and analogies. . . . Polkinghorne's book is full of . . . startling insights and observations. . . . The reader who invests the time and effort will find Belief in God in an Age of Science intellectually exciting and profoundly rewarding on the spiritual level."--James C. Roberts, Human Events
"This book represents a concise reformulation of [Polkinghorne's] most recent Terry Lectures and provides a much-needed summation to his work as a whole. . . . Its prose is dense and its arguments intellectually challenging. . . . Polkinghorne's analysis is welcome. . . . [His] work offers an important reminder, . . . that underlying all scientific endeavor is the inescapable presence of social values."--Steven W. Hook, Crisis
"Polkinghorne [presents] a polished and logically coherent argument."--Freeman J. Dyson, New York Review
Selected by American Library Association's Booklist as one of the Top Ten Books in Religion in 1998

Winner of the 1999 Prize for Outstanding Books in Theology and the Natural Sciences given by the Center for Theology and the Natural Sciences
Selected by Publishers Weekly as one of the Best Books of 1998
Shortlisted for a 2000 TORGI (Talking Book of the Year) Award, sponsored by the Canadian National Institute for the Blind
Winner of a 1999 Christianity Today Book Award
"In this lucid and honest work, John Polkinghorne states clearly where and why he agrees or disagrees with other contemporary writers. He presents a serious defense of a world view that must be considered seriously even by atheists."--Owen Gingerich, Harvard-Smithsonian Center for Astrophysics