Items related to Auschwitz and After

Delbo, Charlotte Auschwitz and After 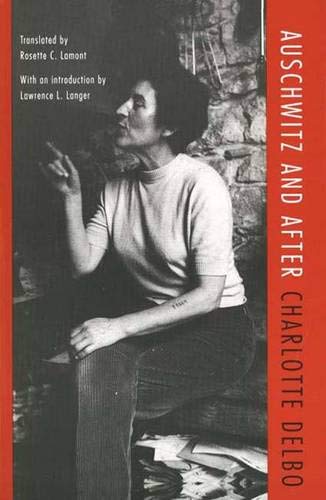 In March 1942, French police arrested Charlotte Delbo and her husband, the resistance leader Georges Dudach, as they were preparing to distribute anti-German leaflets in Paris. The French turned them over to the Gestapo, who imprisoned them. Dudach was executed by firing squad in May; Delbo remained in prison until January 1943, when she was deported to Auschwitz and then to Ravensbruck, where she remained until the end of the war. This book - Delbo's vignettes, poems and prose poems of life in the concentration camp and afterwards - is a literary memoir. It is a document by a female resistance leader, a non-Jew and a writer who transforms the experience of the Holocaust into prose. "Auschwitz and After" speaks of the moments of horror and of heroism Delbo never left behind, of the everyday deprivation and abuse experienced by all the people in the camps. Delbo describes the suffering of the doomed children. She also recounts the collections of survivors of her own work unit and their difficulties in returning to normal life after Auschwitz. The book conveys how a survivor must "carry the world" and continue to live after surviving the greatest tragedy of the 20th century. Translated from French and now available in English in its entirety, "Auschwitz and After" began as three separate books published in France by Editions de Minuit: "None of Us Will Return", "Useless Knowledge" and "The Measure of Days".

Charlotte Delbo was handed over to the Gestapo in 1942 for planning to hand out anti-German leaflets. She was sent to Auschwitz, then Ravensbruck, where she remained until the end of the war. This book is a memoir of her time in these camps, a transformation of experience into prose.

6. Auschwitz and After Delbo, Charlotte and Lamont, Rosette C.