Items related to The Novels of Saul Bellow: An Introduction

Opdahl, Keith The Novels of Saul Bellow: An Introduction

The Novels of Saul Bellow: An Introduction 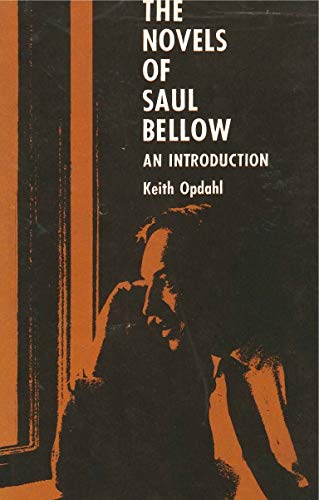 Most critics consider Saul Bellow one of America's leading active novelists, but few of them agree in their interpretation of his work. Much of this disagreement, says Opdahl, is the result of misunderstanding, but much of it also stems from an unresolved conflict in Bellow's imagination.The novelist continually returns to the opposition between the willful and the loving, the skeptical and the believing. This conflict pervades Bellow's style, the structure of his novels, and the psychology of his protagonists; it is at once the unifying element of his fiction and the source of his difficulties.Although "placing" Bellow on the current intellectual scene and discussing how this conflict reflects current intellectual and social issues, the author puts his main emphasis on the novels themselves. He studies the influence of this polarity on technique, explaining many of Bellow's shifts in form and substance, and analyzes how it shapes theme and plot. The novelist's ultimate purpose is religious: Religious issues and longing drive his heroes to rage, withdrawal, and comic intensity. Viewed in this perspective, the formal problems of the novels disappear or are explained by Bellow's difficulty in achieving, expressing, and sustaining his vision.Offering perceptive interpretations of the novels as well as some of the shorter fiction, Opdahl presents a fresh view of Bellow's work and shows how he expresses the problems and doubts of our time.

Attempts to define the ambiguity which marks the final meaning of Bellow's novels and explains his aesthetic development in terms of this psychological conflict.

1. THE NOVELS OF SAUL BELLOW: AN IN

2. The Novels of Saul Bellow: An Introduction Opdahl, Keith