Items related to Proust Among the Stars: How to Read Him, Why Read Him?

Bowie, Malcolm Proust Among the Stars: How to Read Him, Why Read Him?

Proust Among the Stars: How to Read Him, Why Read Him? 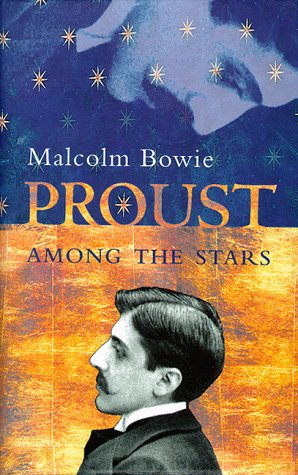 For many, Proust is the supreme European writer of the twentieth century. This book tackles his achievement head-on. Art, death, sex, politics, loss, guilt, morality -- Proust's major themes are revealed and explained here. Proust Among the Stars is a matchless close reading of Remembrance of Things Past and a lesson in how to read the great books profitably and pleasurably. Malcolm Bowie asserts that Proust's novel is one of the great exercises in speculative imagining in the world's literature; and that its originality lies first in the quality of Proust's textual invention, page after page, line after line. Proust's world constantly shimmers with a sense of multiple possibilities and is at the same time infused with the urge to order, obsessively to organize. Bowie examines how Proust achieves this in his writing, as opposed to his themes, plots, or theories. An original, beautiful, and deeply moving book, Proust Among the Stars shows how Proust's work deepens our understanding of our lives and ourselves.

"The best general study of Proust's 3,000-page work." -- Times Literary Supplement "Genteel and meditative." -- Lingua Franca "Bowie can say more in three sentences than many a scholar in a belabored chapter... This is criticism motivated by intellectual joy, creatively sustained by felicities of expression." -- Victor Brombert, Los Angeles Times "Bowie is one of our best living critics... [His] moving wit sends his reader straight back to the text itself. Which is what criticism should do." -- A. S. Byatt, London Daily Telegraph "Each [chapter] challenges traditional interpretations of Proust's handling of these themes, and deepens one's pleasure in and understanding of the novel... Excellent." -- Guardian "A searching attempt to grasp the nature of Proust's vast project... Brilliant analyses." -- Times (London)

some excerpts from the British reviews
‘Read this excellent book...it sends you off enthusiastically into Proust’s imaginative world.’ STUART JEFFRIES, Guardian

‘Malcolm Bowie is one of our best living critics. He writes beautifully, subtly and lucidly about very difficult subjects. He explains genuinely complex ideas with wit and clarity because he understands them through and through. Proust Among the Stars will surprise and intrigue Proust fanatics but can equally be recommended to the general reader as a way of looking. It is arranged in a series of thematic chapters – Self, Time, Art, Politics, Morality, Sex and Death – which trace the forming of the book and its narrator like a series of circles made by a stone in water. Bowie’s method is to examine Proust’s plenitude with both a microscope and a telescope. He analyses those long, looping, lassoing, curling sentences, with their qualifications, their disparate metaphors, their lyricism and their harsh contradictions, and shows both the brilliance of the writing, and how each detail, each adjective, hooks into the whole scheme... The critic’s moving wit sends his reader straight back to the text itself. Which is what criticism should do, but does not always do.’ A S BYATT, Telegraph

‘This remarkable book offers brilliant close readings of many passages, acts of sheer literary critical magic; it has a particular, slanted and surprising reading of A la recherche as a whole, of its complicated manners and its moral and metaphysical project; it places Proust among other authors, from Dante to Emily Dickinson, and from Erasmus to Kierkegaard and Cole Porter , and it situates reading among a set of other activities like listening to jazz or Mahler or looking at Rothko. How many other high powered critical works, I wonder have, Buñuel next to Sir Thomas Browne in the index, or Stan Getz next to Giotto?’ MICHAEL WOOD, London Review of Books

‘Bowie writes in a flexible vigorous style, that occasionally begins to surf on the lip of its own inventiveness, riding a breaker of allusive prose to its full fling.’ ROGER SHATTUCK, TLS

1. Proust Among the Stars

2. Proust Among the Stars Bowie, Malcolm

3. Proust Among the Stars Bowie, Malcolm

4. Proust Among the Stars