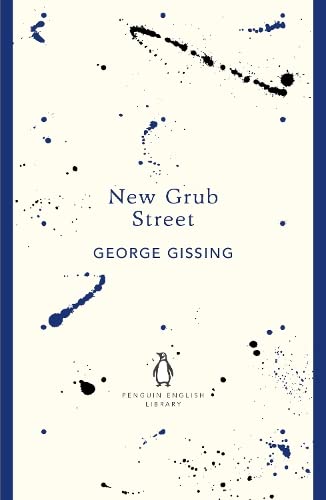 'If only I had the skill, I would produce novels out-trashing the trashiest that ever sold fifty thousand copies'

In New Grub Street George Gissing re-created a microcosm of London's literary society as he had experienced it. His novel is at once a major social document and a story that draws us irresistibly into the twilit world of Edwin Reardon, a struggling novelist, and his friends and acquaintances in Grub Street including Jasper Milvain, an ambitious journalist, and Alfred Yule, an embittered critic. Here Gissing brings to life the bitter battles (fought out in obscure garrets or in the Reading Room of the British Museum) between integrity and the dictates of the market place, the miseries of genteel poverty and the damage that failure and hardship do to human personality and relationships.

George Gissing was born in Wakefield, Yorkshire, in 1857. A brilliant student, he won a scholarship to Owens College and various prizes that distinguished him from his peers - but his glittering academic career was cut short when he stole money from his fellow students in order to keep a young prostitute, Marianne Harrison, from the streets. Expelled from university and having spent a month in prison, he left for America, again falling into financial destitution and also near-starvation in Chicago, an episode that forms one of the best sections in New Grub Street. After a short and ill-fated marriage to Marianne, by now an alcoholic who died five years after their separation, he married Edith Underwood, who five years after their separation was certified insane. From 1899, unable to obtain a divoirce, from Edith, Gissing lived in a bigamous marriage in France with Gabrielle Fleury, who had approached him about translating New Grub Street. Perhaps the greatest English realist novelist, Gissing published over twenty books before his death in 1903.

Book Description Penguin Classics, 2012. Condition: Good. This is an ex-library book and may have the usual library/used-book markings inside.This book has soft covers. In good all round condition. Please note the Image in this listing is a stock photo and may not match the covers of the actual item,500grams, ISBN:9780141199931. Seller Inventory # 7387841

Book Description Paperback. Condition: Very Good. The book has been read, but is in excellent condition. Pages are intact and not marred by notes or highlighting. The spine remains undamaged. Seller Inventory # GOR004767288