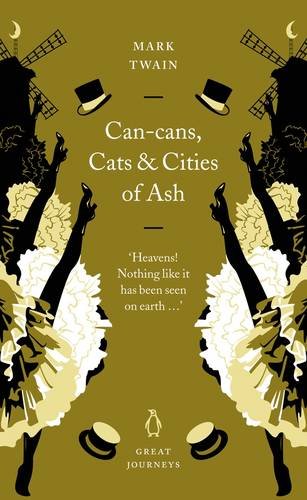 One of the great derisive monuments to the imbecilities of the tourist experience, Mark Twain's (1835-1910) account of his tour with a group of fellow Americans around the sights of Europe is both hilarious and touching, Twain's exasperation and dismay at the phoney and exploitative being matched by his excitement and pleasure in the genuinely beautiful. "Great Journeys" allows readers to travel both around the planet and back through the centuries - but also back into ideas and worlds frightening, ruthless and cruel in different ways from our own. Few reading experiences can begin to match that of engaging with writers who saw astounding things: great civilizations, walls of ice, violent and implacable jungles, deserts and mountains, multitudes of birds and flowers new to science. Reading these books is to see the world afresh, to rediscover a time when many cultures were quite strange to each other, where legends and stories were treated as facts and in which so much was still to be discovered.

Born Samuel Langhorne Clemens in 1835, Mark Twain spent his youth in Hannibal, Missouri, which forms the setting for his two greatest works, The Adventures of Tom Sawyer and The Adventures of Huckleberry Finn. Trying his hand at printing, typesetting and then gold-mining, the former steam-boat pilot eventually found his calling in journalism and travel writing. Dubbed 'the father of American literature' by William Faulkner, Twain died in 1910 after a colourful life of travelling, bankruptcy and great literary success.

1. Can-cans, Cats and Cities of Ash