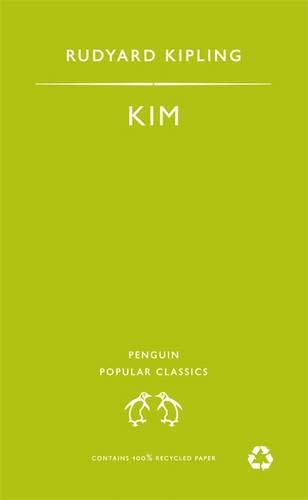 Kipling's epic rendition of the imperial experience in India is also his greatest long work. Two men - Kim, a boy growing into early manhood and the lama, an old ascetic priest - are fired by a quest. Kim is white, a sahib, although born in India. While he wants to play the Great Game of Imperialism, he is also spiritually bound to the lama and he tries to reconcile these opposing strands, while the lama searches for redemption from the Wheel of Life.

A celebration of their friendship in an often hostile environment, Kim captures the opulence of India's exotic landscape, overlaid by the uneasy presence of the British Raj.

Rudyard Kipling's masterly Kim comes as quite a relief in this abridged version read by Madhav Sharma. It always comes up gold, packed with ravishing scenic descriptions, characters and a sense of culture and period as the orphan Irish lad, brought up in Lahore street life, who embarks on a fascinating journey, joining the Indian Civil Service and developing into a master spy. --Robert Giddings, Tribune Magazine