Items related to How Green Was my Valley (Penguin Twentieth Century...

How Green Was my Valley (Penguin Twentieth Century Classics S.) 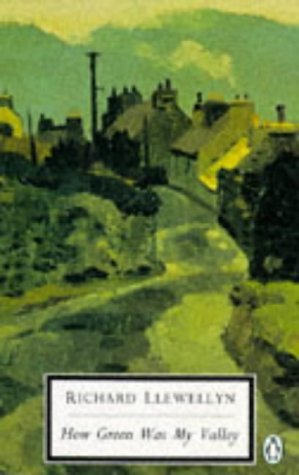 First published in 1939. The author captures the song of his nation of singers and made it into the story of the childhood and youth of Huw Morgan, a miner's son, in a South Wales valley.

Richard Dafydd Vivian Llewellyn Lloyd (1906-1983), better known by his pen name Richard Llewellyn, claimed to have been born in St David's, Pembrokeshire, Wales; after his death he was discovered to have been born of Welsh parents in Hendon, Middlesex. His famous first novel How Green Was My Valley (1939) was begun in St David's from a draft he had written in India, and was later adapted into an Oscar-winning film by director John Ford. None But the Lonely Heart, his second novel, was published in 1943, and subsequently made into a film starring Cary Grant and Ethel Barrymore. As well as novels including Green, Green My Valley Now (1975) and I Stand on a Quiet Shore (1982), Llewellyn wrote two highly successful plays, Poison Pen and Noose.

Buy Used
Condition: Very Good
WE ARE PROCESSING ORDERS AS NORMAL... Learn more about this copy

How Green Was My Valley (Penguin Twentieth Century Classics)

Book Description Paperback. Condition: Very Good. WE ARE PROCESSING ORDERS AS NORMAL DURING THIS VIRUS EPIDEMIC, ALL ITEMS ARE SENT BY ROYAL MAIL. DISPATCHED FROM THE UK WITHIN 24 HOURS ( BOOKS ORDERED OVER THE WEEKEND DISPATCHED ON MONDAY) BY ROYAL MAIL. ALL OVERSEAS ORDERS SENT BY AIR MAIL. WE ALSO ACCEPT PAYMENT IN US DOLLARS OR EURO BY BANK TRANSFER. Seller Inventory # mon0000791282

How Green Way My Valley