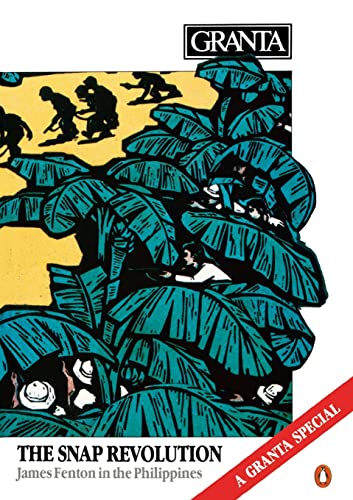 James Fenton is a rather peculiar individual. He was, after all, among the first to loot the US Embassy as the city of Saigon fell. This year, he found himself in the Presidential Palace in Manila, and his booty included one towel (with the monogram of Imelda Marcos) and a letter to President Marcos - resting alongside the grand piano, on which James Fenton managed to play a version of Bach's Prelude in C (abruptly abbreviated) while the population of Manila rioted. But James Fenton's version of the Philippines is more than a record of being at the right place at the worst of possible times. It is also an account of one of the most historic uprisings in recent years - in which an entire people, cheated of its vote in a snap election, responded in turn: with a snap revolution.

1. Granta: The Snap Revolution 18 (Granta: The Magazine of New Writing)