Items related to A Dead Man in Deptford (Vintage Classics) 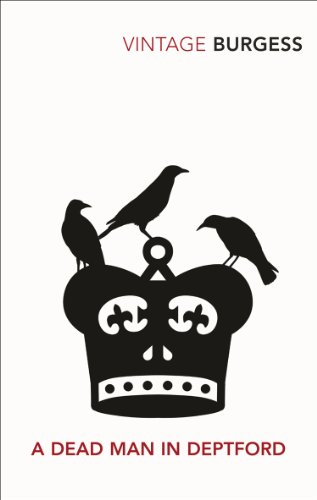 'One of the most productive, imaginative and risk-taking of writers... It is a clever, sexually explicit, fast-moving, full blooded yarn'
Irish Times

A Dead Man in Deptford re-imagines the riotous life and suspicious death of Christopher Marlowe. Poet, lover and spy, Marlowe must negotiate the pressures placed upon him by theatre, Queen and country. Burgess brings this dazzling figure to life and pungently evokes Elizabethan England.

"Legendary intoxication with language and wordplay is very much in evidence as he (Burgess) evokes the raw, freewheeling spirit of the Elizabethan age" (The New York Times)

"The story is intensely true to the surfaces and smells of Elizabethan London, and also Burgess's own final meditation on his great themes, the sexual and artistic impulses, and their end in death. A masterpiece." (The Observer)

"If you want a Marlowe that breathes and an England that attacks the senses then you will find both in Anthony Burgess's astonishing final novel, A Dead Man in Deptford." (The Times)

"Burgess's novel moves with relish through fights, blasphemy and buggery to high talk of mathematics and necromancy in Raleigh's alternative think-tank, all written in well-judged pastiche." (The Independent)

1. A Dead Man in Deptford (Paperback)

2. A Dead Man in Deptford

6. A Dead Man in Deptford

8. A Dead Man In Deptford

10. A Dead Man in Deptford (Paperback)

Book Description 2010. Paperback. Condition: New. Paperback. 'One of the most productive, imaginative and risk-taking of writers. It is a clever, sexually explicit, fast-moving, full blooded yarn'Irish TimesA Dead Man in Deptford re-i.Shipping may be from our Sydney, NSW warehouse or from our UK or US warehouse, depending on stock availability. 288 pages. 0.202. Seller Inventory # 9780099541394