Items related to Stalin and the Kirov Murder

Stalin and the Kirov Murder 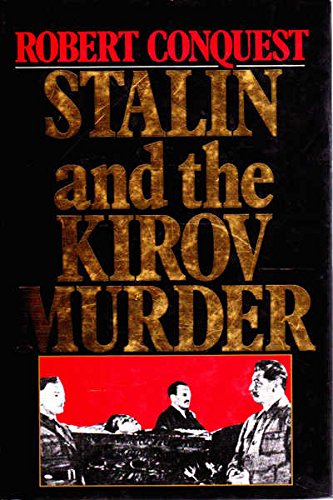 On 1st December 1934, Kirov, a senior member of the Leningrad Communist Party and second in power to Stalin, was assassinated by a gunman in his private office. This single event was the excuse which triggered one of the greatest state-organized massacres of all time. In the years that followed, literally millions of people were executed, accused of having been involved in the murder. The level of official falsification was unparalleled. False confessions, conflicting explanations and contradictory evidence abound in this study, which concludes that there was only one man capable of planning a crime of such epic proportions and that was Josef Stalin himself. Robert Conquest is the author of "The Great Terror", "The Harvest of Sorrow" and has also published a collection of poetry.

About the Author:
Robert Conquest, Senior Research Fellow at the Hoover Institution, Stanford University. He is the author of several books, includingThe Great Terror: A Reassessment.

Stalin And The Kirov Murder