Items related to Ride Out the Storm

Harris, John Ride Out the Storm

Ride Out the Storm 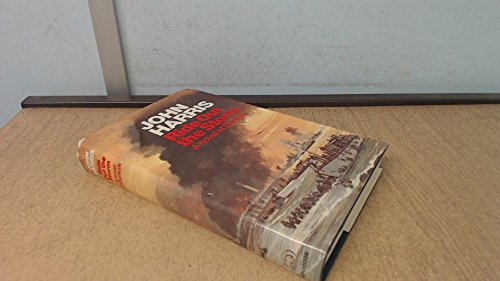 The Allies, faced with a shameful defeat, are trapped between the onslaught of the mighty German army and the tumult of the ocean waves. Those that do not die face capture and surrender to the Nazis. But only nine days later more than a quarter of a million men have been rescued and placed safely on the shores of England, saved by an amazing assorted flotilla of barges, tugs, rowing boats and dinghies. This is the incredible story of a mass exodus across the Channel. John Harris tells the miraculous story of Dunkirk.

'A master of the gripping adventure yarn' - -- The Daily Telegraph

John Harris, who also wrote under the pen names of 'Mark Hebden' and 'Max Hennessy' was born in 1916. He authored the best-selling and later filmed The Sea Shall Not Have Them, a story of survival and rescue from World War II, which continues to be periodically screened on TV. He was a sailor, an airman, a journalist, a travel courier, a cartoonist and a history teacher. During the War Harris managed to serve with two air forces and two navies. After turning to full-time writing, he wrote adventure stories, war novels, political thrillers, and also created a sequence of crime novels around the quirky French Chief Inspector Pel, centred primarily in Burgundy, but occasionally Paris and elsewhere. Harris was unusually versatile and wide ranging as an author. Epics such as China Seas, which deals with human tragedy, war and revolution in an authentic historical setting, and the three trilogies written under the pseudonym Max Hennessy - one of which, the Kelly Maguire series which commences with Lion at Sea, being amongst the finest modern war-at-sea stories written - along with African adventure novels, wide-ranging crime, mysteries and historical fiction, guarantee a whole library of diverse and entertaining reading full of dry wit and gripping prose.

1. Ride Out the Storm

Book Description Paperback. Condition: Very Good. The book has been read, but is in excellent condition. Pages are intact and not marred by notes or highlighting. The spine remains undamaged. Seller Inventory # GOR004691598

2. Ride Out the Storm

Book Description Paperback. Condition: Fair. A readable copy of the book which may include some defects such as highlighting and notes. Cover and pages may be creased and show discolouration. Seller Inventory # GOR001531912

3. Ride Out the Storm

Book Description Paperback. Condition: Good. The book has been read but remains in clean condition. All pages are intact and the cover is intact. Some minor wear to the spine. Seller Inventory # GOR001790814

4. Ride Out the Storm - A Novel of Dunkirk

Book Description Hutchinson, 1975. Hardcover. Condition: Good. Dust Jacket Condition: Good. 1st Edition. In this moving story, documented by his interviews with survivors, the author, John Harris, covers the whole panoramic scene and views the horror of Dunkirk from the angle of every service involved, and even from the German side of the firing line. The result is a novel carefully founded on fact which evokes, to a degree unrivalled by any other heroism, the confusion, and the self-sacrifice of the Dunkirk evacuation. This dark blue hardback book, with lovely gilt title on the spine, is in really good condition. Normal wear and marks apply, consistent with use and age. First Published in 1975, First Edition. All 272 pages intact, all pages, text and maps are all in good, presentable, clean, readable order. Dust jacket included. Author's photograph by Max Harris and jacket design by Chris Mayger. A good read by a master story teller. Seller Inventory # 457

5. RIDE OUT THE STORM: A NOVEL OF DUNKIRK.

6. Ride Out the Storm A Novel of Dunkirk

7. RIDE OUT THE STORM

Book Description Hutchinson VG/VG protective covered 272pp 8 5 x 5 5 530g, 1975. In this moving story, documented by his interviews with survivors, Harris covers the whole panoramic scene and views the horror of Dunkirk from the angle of every service involved, evoking the heroism, confusion and self-sacrifice of the Dunkirk evacuation. Seller Inventory # 11450

8. Ride Out the Storm

Book Description Book Club/Hutchinson May 27, 1975, 1975. Hardcover. Condition: Very Good. Dust Jacket Condition: Good. Book Club Associates 1976: blue hardcover with gilt lettering to spine: dust jacket: approximately 13 x 21 cm tall: 254 pages. Synopsis: A novel based on the 1940 Evacuation of Dunkirk, and the rescue of the British Expeditionary Forces by a flotilla of little ships provided by the Navy and professional and amateur seamen . The author, John Harris, himself a serving airman and sailor during the Second World War, achieved major success with his previous publication 'The Sea Shall Not Have Them'. Condition: edges of dust jacket rubbed and with a small repair: paper slightly tanned: overall clean, firm and good. Seller Inventory # 3074

9. RIDE OUT THE STORM: A NOVEL OF DUNKIRK

10. Ride Out the Storm. A Novel of Dunkirk