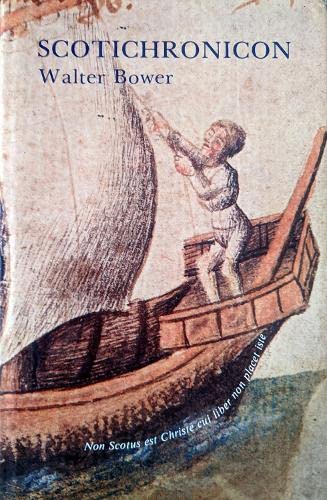 At the request of David Stewart of Rosyth, a Fife laird, Walter Bower wrote this epic history of the Scots. He took over materials ascribed to an earlier historian, John of Fordun, and continued the history down to his own day. Among the famous stories he covers is the myth that the Scots took their name originally from Scota, Pharaoh's daughter. "Scotichronicon" has become one of the most important medieval accounts of early Scottish history. It provides a strong expression of national identity and offers a window into the world view of medieval commentators.

Walter Bower was born in Haddington, Scotland in 1385. He had occupations including author, religious leader, historian and abbot. He died in December 1449 at the age of 64 years old.

1. Scotichronicon. In Latin and English. Volume 2 books III and IV. Edited by John and Winfried Macqueen.

2. Scotichronicon. In Latin and English. Volume 8 books XV and XVI.