Items related to The Gift 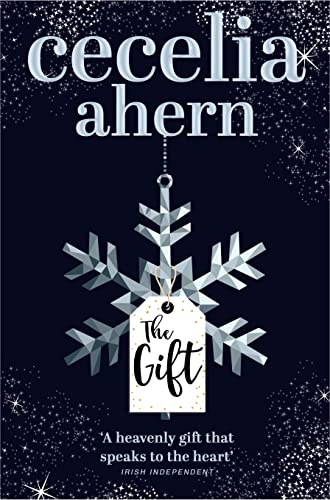 So many new novels jostle for our attention that readers could be forgiven for lacking the patience to tackle most of them. But in the case of The Gift by Cecelia Ahern, they would be doing themselves a disservice by passing this one by. As in her highly involving debut novel, PS I Love You, Ahern demonstrates a sure and subtle understanding of the human condition and the pleasures and pains in relationships. Her theme in the new book is the way in which we conceal the truth about ourselves -- many people cover themselves in layers of deceit until somebody with the right motivation unwraps those layers and discovers the truth.

Lou Suffern is practised in the art of concealment. He is, also, always overstretched, trying to do too many things at once. His overburdened schedule gives him few moments of peace, even in his sleep. And when he spends time at home with his wife and family, he is always distracted, and, mentally, somewhere else. On a cold winter morning, Lou is on his way to work when he encounters Gabe, a homeless street dweller, sitting outside an office building. Lou is intrigued by him, and contrives to get him a job in the post room. But this act of charity rebounds on him, and Gabe’s presence begins to grate on Lou -- particularly when he discovers that the latter seems capable of being in two places at the same time. Christmas is drawing near, and before the season is over, Lou’s life will be irrevocably change by the casual act of kindness he has performed.

Apart from the sheer storytelling skill of The Gift, perhaps Cecelia Ahern’s most considerable achievement is the way in which she has taken a narrative which could easily have moved into rather twee territory, and very efficiently kept sentimentality at bay. That's not to say that the novel isn't deeply affecting, without ever trying to engage our emotions in a synthetic way, Ahern succeeds in involving us completely. In fact, the title could be said to be apposite -- it's a book that deserves to be a gift given by many people to the readers in their lives. --Barry Forshaw

‘Utterly irresistible . . . I devoured it in one sitting’ Marian Keyes, Irish Times

‘An intriguing, heartfelt novel, which makes you think about the value of life’ Glamour

‘A heavenly gift that speaks to the heart’ Irish Independent

Book Description HarperCollins Publishers, United Kingdom, 2017. Paperback. Condition: New. ePub edition. Language: English. Brand new Book. Step into the magical world of Cecelia Ahern in this heartwarming bestseller. If you could wish for one gift this Christmas, what would it be? Lou Suffern wishes he could be in two places at once. His constant battle with the clock is a sensitive issue with his wife and family. Gabe wishes he was somewhere warm. When Lou invites Gabe, a homeless man who sits outside his office, into the building and into his life, Lou's world is changed beyond all measure. An enchanting and thoughtful Christmas story that speaks to all of us abut the value of time and what is truly important in life. Seller Inventory # AA89780008249441