Items related to The Fort 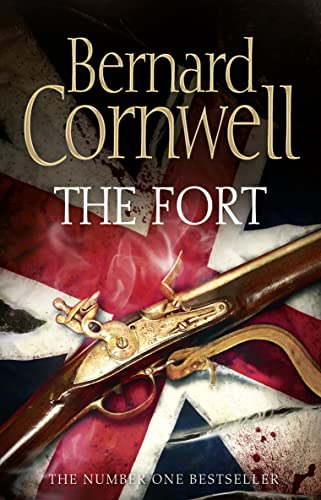 The Penobscot Expedition is an extraordinary story, one that has fascinated the author for years, and will now fascinate his readers.

Summer 1779, a British force of fewer than one thousand Scottish infantry were sent to build a garrison in the State of Maine. The war of Independence was in its third year and no other British troops stood between Canada and New York.

The State of Massachusetts was determined to expel the British, but when they sent a fleet of forty vessels to ‘captivate, kill and destroy‘ they underestimated their enemies, calm in battle and ready for victory.

Told from both sides of the battle, the main characters are all real figures from history. Based on diaries, letters and court transcripts, we meet many of the war’s greatest heroes, including Paul Revere and John Moore, each of whom become famous subjects of war poetry.

‘This is typical Cornwell, meticulously researched, massive in scope, brilliant in execution’ The Sun

'Great action scenes, rich in period detail, are underpinned by a feeling for the passions that shaped the Britain we know today' Sunday Telegraph

‘Bernard Cornwell is a literary miracle. Year after year, hail, rain, snow, war and political upheavals fail to prevent him from producing the most entertaining and readable historical novels of his generation.' Daily Mail

In the summer of 1779, as the major fighting of the Revolutionary War moves to the South, a British force consisting of fewer than a thousand Scottish infantry and backed by three sloops-of-war sails to the fogbound coast of New England. Establishing a garrison and naval base at Penobscot Bay, in the eastern province of Massachusetts, the Scots harry rebel privateers and shelter American loyalists. In response, the Americans send more than forty vessels and some one thousand infantrymen to "captivate, kill, or destroy" the foreign invaders. But ineptitude and irresolution lead to a mortifying defeat that will have stunning repercussions for two men on opposite sides of the conflict: an untested young Scottish lieutenant named John Moore, at the beginning of an illustrious military career . . . and a Boston silversmith and patriot named Paul Revere, who will face court-martial for disobedience and cowardice.