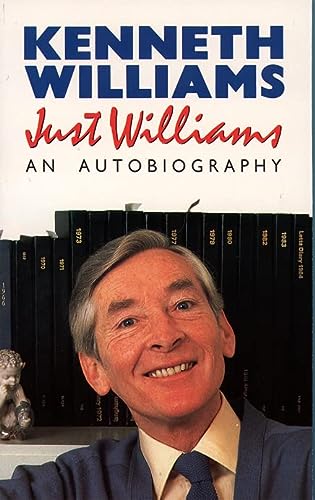 No Just Williams Read a customer review or write one .

Kenneth Williams was one of the great institutions of British entertainment. For nearly forty years his inimitable performances on stage, screen and radio delighted audiences around the world, and his autobiography recalls the most memorable moments from this time.

Barrack-room life in Singapore, post-war repertory, his roles in revue and on the London stage of the fifties and sixties, his famous cameos in great radio shows such as 'Hancock's Half Hour', 'Round the Horne' and 'Just a Minute', his friendships with people such as Ingrid Bergman, Maggie Smith, Orson Welles, Noel Coward, Joe Orton, Stanley Baxter and Gordon Jackson – all these are described with his special brand of humour and intelligence.

"Exceptionally well written... laughs to be had in plenty"
PAUL BAILEY, 'Observer'