Items related to Partners in crime 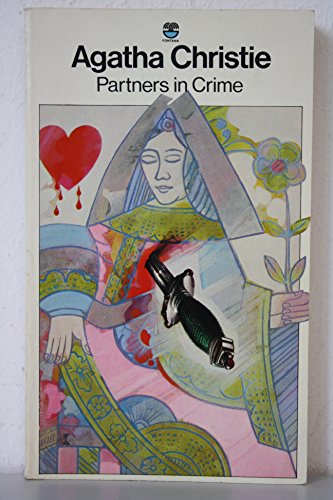 Volume 11 in the Agatha Christie Collection (1929)

Tommy and Tuppence Beresford were restless for adventure, so when they were asked to take over Blunt’s International Detective Agency, they leapt at the chance.

After their triumphant recovery of a pink pearl, intriguing cases kept on coming their way: a stabbing on Sunningdale golf course; cryptic messages in the personal columns of newspapers; and even a box of poisoned chocolates.

“There is no more cunning player of the murder game.”
Sunday Times

Agatha Christie was born in Torquay in 1890 and became, quite simply, the best-selling novelist in history. Her first novel, The Mysterious Affair at Styles, written towards the end of the First World War, introduced us to Hercule Poirot, who was to become the most popular detective in crime fiction since Sherlock Holmes. She is known throughout the world as the Queen of Crime. Her books have sold over a billion copies in the English language and another billion in 44 foreign languages. She is the author of 80 crime novels and short story collections, 19 plays, and six novels under the name of Mary Westmacott.

Book Description Dell, 1978. Paperback. Condition: Fair. Pages are tanned. Pages are intact and not marred by notes or highlighting. The spine is discoloured. There is creasing/wear to the cover. Seller Inventory # L0074237