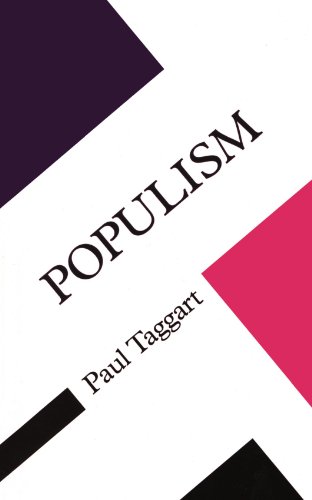 Populism is a widely used concept but it is rarely fully understood. For a term which appears so frequently in both popular and specialist writing, the social sciences have given it remarkably little attention. In this lively and engaging book, Paul Taggart surveys the field and concludes that populism has suffered from being considered usually in relation to particular contexts and has therefore become a rather fractured and elusive concept in general terms. To remedy this, the author introduces several themes which illuminate populism across different historical and contemporary cases. He provides a new definition of populism, a survey of other definitions and perspectives, and a guide to populist politics around the world, including the United States, Russia, Latin America, Western Europe and Canada. The second part of the book focuses on the problems of populism and how it relates to democracy, particularly to representative politics. Written in an accessible style, this book is essential reading for those with an interest in politics and sociology who are studying political ideas, ideologies and social movements.

Paul Taggart is a Lecturer in Politics at the School of Social Sciences and Jean Monnet Lecturer in Contemporary European Studies at the Sussex European Institute, University of Sussex. He is author of The New Populism and the New Politics (1996).