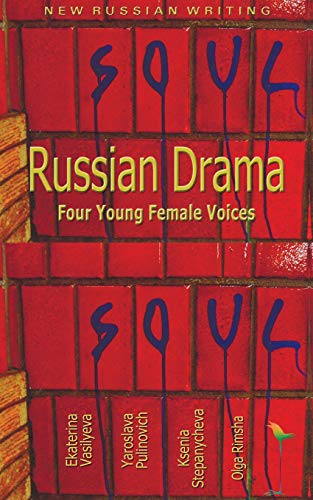 These four young women are all winners of the top drama competitions in Russia. Their plays are widely produced and published in Russia. They live in different places Siberia, the Urals, the Volga area but they share a deep interest in people s psychology, following the tradition of Chekhov. With their lively, meaningful dialogues and inventive plots, spotlighting most diverse phenomena of Russian life today, they sound a fresh and positive note and display a fearless acceptance of life in all its manifestations. The plays are different in style and theme showing problem family relationships, neglected children abandoned by alcoholic single mothers, and the children s thirst for love and understanding.

Yaroslava Pulinovich, born in 1987 in Omsk (Siberia), currently lives in Yekaterinburg (the Urals). A graduate of the Yekaterinburg Drama College she has written more than 30 plays which have been widely staged in Russia and other countries as well as winning her many prestigious prizes, including the Debut in 2008. Natasha s Dream was produced in London and Baltimore. Her plays include Beyond the Track, I Won't Come Back, Natasha's Dream and Washers (Grand Prize at the Kolyada Drama Festival in Yekaterinburg.

Ksenia Stepanycheva was born in 1978 in the city of Saratov on the Volga, where she lives to this day. She is an economist by training, a graduate of the Volga Academy. She has some 20 prize-winning plays to her name which have been awarded the top prizes for drama and successfully produced in many theaters in Russia as well as published in the leading theater magazines.

Ekaterina Vasilyeva was born in 1989 in the industrial town of Nizhny Tagil in the Urals. She has a degree from the Drama College of Yekaterinburg where she now lives. She has some 20 plays to her name widely produced around Russia as well as published in the leading theater magazines. In 2009, her play Out There, Beyond Lake Ladoga was a finalist in the Debut Prize competition, and in 2011 she won Debut with a collection of plays, many of which also won other important prizes.

Olga Rimsha, born in 1988 lives i n Novosibirsk (Siberia). Graduate of the Siberian Institute of International Affairs she currently works as a literary editor and assistant stage-manager. She has a number of short novels and plays to her name. Her short novel "Still Waters" won the Debut Prize in 2010. She describes her writing style as pessimistic optimism . She recently started writing plays to great critical and public acclaim.