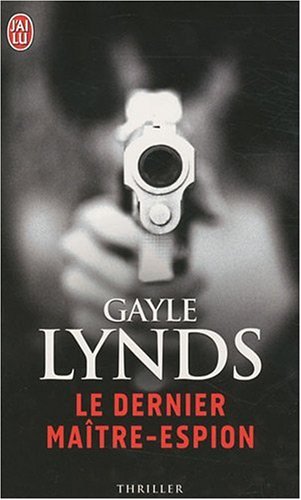 As chief of the CIA's elite Clandestine Services, Jay Tice was a legend throughout the world of international intelligence. But secretly he was also a traitor, selling information that would compromise the security of the United States for decades to come. Since his treachery was exposed, Tice has been kept under strict surveillance in a maximum security prison. Then one morning, his cell is discovered empty. Tice has vanished - without tripping an alarm or leaving any trace of his passing. Elaine Cunningham is a hunter, a CIA operative who specialises in finding people who don't want to be found. Young, gifted, and a maverick, she is assigned to trace Tice - until she discovers there is far more at stake than an old spy's last run for freedom. Lurking in the shadows are other hidden players with their own lethal agendas...and from Geneva to Washington, Berlin to New York City, a deadly conspiracy is coalescing. With only a few hours to go and the future of millions in the balance, Cunningham must uncover the truth behind the legend of The Last Spymaster.

"Today's finest espionage writer unleashes an instant classic!"--Lee Child "A sizzling thrill ride!"--Steve Berry "Nerve-tingling...will keep you turning the pages well into the night."--Vince Flynn "As high octane as they come"--C"hicago Tribune""" "Plentiful tradecraft and relentless danger combine with some clever plot twists for an entertaining read." --"The Economist" "Lynds [is] superbly gifted.... Her narrative skills and her character-creation engine are as high octane as they come."--"Chicago"" Tribune" "Lynds' books have long been acclaimed for their authenticity in describing the covert world, and this one is no different. "The Last Spymaster "is filled with rich characters and details ripped from the world of espionage...reminiscent of the work of Robert Ludlum or Frederick Forsyth."--"Chicago"" Sun-Times" "The Queen of the international spy thriller is back with her best novel yet! "The Last Spymaster" is tremendous...great plotting, fascinating characters, amazing technical accuracy, breath-taking action. But best of all is her unrelenting examination of the moral ambiguity inherent in intelligence and counter-terrorism. Set aside of a few days of your life for this one--it's well worth it!"--Marcus Wynne, author of "Brothers in Arms" "Non-stop...[a] stand out....An outstanding read." --"Wichita"" Falls Times Record News"" ""This classic espionage thriller from bestseller Lynds ... strikes a perfect balance between the private lives of her characters and the blood and betrayal of their professional adventures."--"Publishers Weekly""" "Lynds' first-rate espionage novel is gripping and intense ... a never-ending, spine-tingling thrill ride that will keep readers glued to the pages."--"RT Book Reviews "(Top Pick!) "Like the fearsome plunge on a dangerous roller coaster, this thriller's denouement gets your heartbeat racing up to just short of tachycardia speed.... Lynds ... has added another jewel to her tiara as one of the reigning queens of the international spy-thriller genre."--"Library Journal"

GAYLE LYNDS is the "New York Times" bestselling author of four international thrillers including "Masquerade "and "The Coil." She is also the co-author with Robert Ludlum of three bestselling novels in the Covert-One series including "The Hades Factor" and "The Paris Option." She has been a newspaper reporter, a magazine editor, and a think-tank editor with top-secret clearance before turning to fiction. She lives in Santa Barbara with her husband, writer Dennis Lynds. Visit the author's Web site at www.gaylelynds.com