Items related to The Other Custer 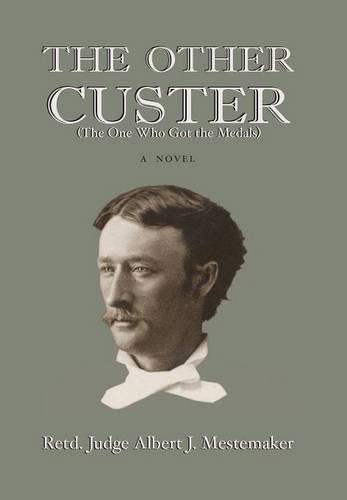 All around the world people know the name of larger-than-life George Armstrong Custer. Far fewer are aware of his younger sibling, Thomas Ward Custer, who followed the brother he called "Autie" into the Civil War when he was only sixteen. By the age of 17, Tom was a combat veteran and by 20 had distinguished himself in battle as a member of the 6th Michigan Cavalry under Autie's command, becoming the first soldier awarded two Medals of Honor. As he was fond of saying, "Autie got the glory but I got the medals!" This novel explores Tom's life through the pages of his journal from his early days at home through the end of his life. As a post-war officer in the Seventh Cavalry, he again followed his older brother and quickly mastered the nuances of Indian warfare while questioning the government's Indian policy and the politics that governed the orders coming down from Washington. He struggled with alcohol and the boredom of life on the frontier while yearning to be with the girl of his dreams, and to make her his wife. History claims that one of the mangled bodies found at the Little Big Horn was Tom's, but what if he, in fact, survived to set the record straight on what really happened on that fateful day? This meticulously researched story incorporates the historical record and recent discoveries as it carefully weaves Tom's story into the bigger picture of federal corruption and military arrogance toward the Indian people.