Items related to The Altarpiece (Cross and the Crown Series)

Sarah Kennedy The Altarpiece (Cross and the Crown Series)

The Altarpiece (Cross and the Crown Series) 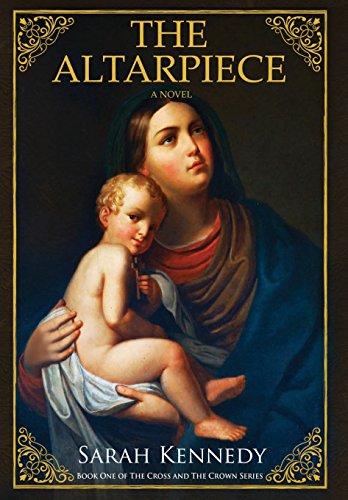 It is 1535 and in the tumultuous years of King Henry VIII's break from Rome, the religious houses of England are being seized by force. Twenty-year-old Catherine Havens is a foundling and the adopted daughter of the prioress of the Priory of Mount Grace in a small Yorkshire village. Catherine, like her adoptive mother, has a gift for healing, and she is widely sought and admired for her knowledge. Catherine's hopes for a place at court have been dashed by the king's divorce, and she has reluctantly taken the veil. In the remote North, the nuns enjoy the freedoms unavailable to other women. England is their home, but the times have changed, and now the few remaining nuns dread the arrival of the priory's new owner, Robert Overton. When the priory's costly altarpiece goes missing, Catherine and her friend Ann Smith find themselves under increased suspicion. Only the illness of Robert's brother, William, preserves the nuns from immediate expulsion and arrest. Catherine heals him, and when she undertakes a quest across England, he offers to accompany her and Ann. They visit the deposed queen, and during their journey to uncover the truth, Catherine begins to doubt her church and her God. She finds herself drawn to William, even though he has spoken his oath to the crown and serves her greatest enemy. King Henry VIII's soldiers have not had their fill of destruction, and when they return to Mount Grace to destroy the priory, Catherine must choose between the sacred calling of her past and the man who may represent her country's future.

Sarah Kennedy is a professor of English at Mary Baldwin College in Staunton, Virginia and the author of seven books of poems. She holds a PhD in Renaissance Literature and an MFA in Creative Writing. Sarah has received grants from both the National Endowment for the Arts and the Virginia Commission for the Arts and is currently a contributing editor for Shenandoah.

1. The Altarpiece (The Cross and the Crown)

2. The Altarpiece (The Cross and the Crown)

3. The Altarpiece (The Cross and the Crown)

4. The Altarpiece (The Cross and the Crown)