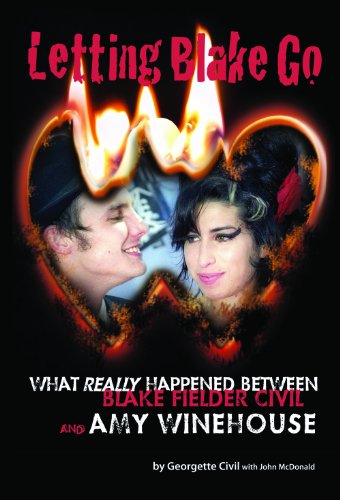 The destructive relationship between Blake Fielder-Civil and Amy Winehouse consistently made headlines around the world but no one knows the truth of what really happened between the couple better than Blake s mother, Georgette. In this powerful new book, she reveals the truth of the events leading up to the award-winning, soul singer s untimely death and the impact it had on her son and family. The drug and drink fuelled lifestyle of Amy and Blake was well documented by the world s media and it seemed that their volatile and precarious relationship could only ever end in tragedy. When the unthinkable happened and his ex-wife died from alcohol poisoning in July 2011 Blake was publically vilified and held accountable by the press, even though the couple had by then been living separate lives for some time. He has continued to battle his personal demons ever since. Letting Blake Go is a moving account of a mother s desperation as her son journeys towards self-destruction and she has to face the day when she must finally let him go for good.

John McDonald: John was born in Southern Ireland, but now lives in Hertfordshire. He began his writing career in theatre and graduated to TV drama. He is now an award-winning professional writer with best-selling memoirs such as Borstal Girl , The Tearaway and The Boy From Treacle Bumstead under his belt. John is also a novelist and screenwriter, with Traveller and Talking to God to his credit and many other projects in the pipeline. He is currently working on a series of books which are feted to be the next big spy thriller hits and he is also collaborating on the series Labyrinth Manor which will fill the gap left by the Harry Potter series. John is in much demand as a screenwriter too, working on projects with Cass Pennant, David Essex and Martina Cole, amongst others. Georgette Civil: Georgette was born in Warrington. Her father is English and her mother is Belgian, she has one brother. Georgette married Lance Fielder when she was very young and moved to Spain. The marriage didn t work out and she returned to England and married Giles Civil, a head teacher. She opened her own hairdressing salon in Lincolnshire, where she now lives. She has three sons, Blake, Harry and Fred and is Amy Winehouse s ex mother-in-law. Georgette is a very spiritual woman, she believes in destiny and she possesses a certain psychic ability. She was a woman at the very centre of the Amy Winehouse / Blake Fielder-Civil saga, when it played out so publicly in the media recently. Georgette now works in a night hostel supporting the homeless and continues to worry about Blake s future.

Book Description Paperback. Condition: Very Good. The book has been read, but is in excellent condition. Pages are intact and not marred by notes or highlighting. The spine remains undamaged. Seller Inventory # GOR008344554