Items related to The Burren and the Aran Islands: Exploring the Archaeology

Jones, Carleton The Burren and the Aran Islands: Exploring the Archaeology

The Burren and the Aran Islands: Exploring the Archaeology 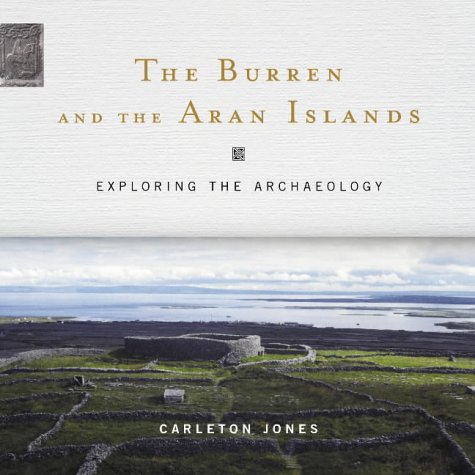 The Burren and the Aran Islands form a region renowned for its geology, flora and archaeology. Possibly the greatest interest is in the archaeology but the ancient monuments are often perceived as shrouded in mystery and beyond explanation. Recent studies have shed considerable light on the functions of these monuments and the people who built them. This book presents these archaeological interpretations in an attractive and engaging manner. After a brief introduction, the book is divided into two parts, the Burren and the Aran Islands. Significant sites are highlighted while "panel" features explain more tangential topics, e.g., how to build a wedge tomb. Contents include Colonization and Early Settlement, From Neolithic to Bronze Age. The Celts, The Arrival of Christianity, Early Medieval Chiefs and their Stone Forts, and finally Later Tower Houses and Military Constructions. In this heavily illustrated book, captions are often extensive and can be read separately or with the text. Overall it can be read cover-to-cover or dipped into. Dr. Jones' writing transforms the dry academic material of excavation reports and archaeological inventories into an engaging and understandable story. He is also the author of "Wild Plants of the Burren & Aran Islands which is available from Dufour.

Dr Carleton Jones lectures in archaeology at the National University of Ireland, Galway and he received his PhD from the University of Cambridge. His interest in the archaeology of the Burren and the Aran Islands began in 1989 and he has surveyed and excavated in the region since. He has received support from the Heritage Council and from the Royal Irish Academy for various aspects of his fieldwork. His work has been published in both academic and popular archaeology journals, as well as being featured on national television and radio.

Buy Used
Condition: As New
SIGNED by the author; Square 4to... Learn more about this copy

1. THE BURREN AND THE ARAN ISLANDS