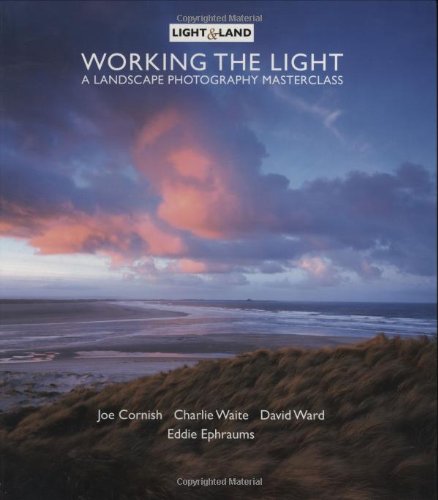 The authors are among Britain’ s best known and most respected landscape photographers; all three also write about their work in books and magazines and regularly lead the popular workshops organised by their company, Light and Land, in Britain and abroad. In this book they have combined forces to share their wide-ranging experience and expertise.

The book is divided into three sections, each introduced by one of the authors who are among Britain’ s best-known and most respected landscape photography experts:

Alongside a portfolio of their latest work, each writes about the genre for which they are so well-known: how they came to it, what inspires them, their current projects and the directions in which they see their work developing - for example, what future role might digital play for these lovers of film?

Each section also includes a selection of the best photographs submitted by participants in the Light and Land workshops accompanied by comments, critiques and advice from the authors whose collective wisdom and experience will be invaluable.

The combination of stunning imagery with inspirational and insightful three-to-one advice makes Light & Land a truly unique experience, which no landscape enthusiast will want to do without. This is expected to be the first in a regular series of books based on the work of Light and Land.

Photographer Charlie Waite is noted for his ‘painterly' approach in using light and shade, as well as for his square format images. He has authored a number of books and also runs and helps run the Light and Land tour company.

Photographer David Ward has worked extensively throughout the all over the world. His previous book was Landscape Within (also published by Argentum). He writes regularly for Outdoor Photography magazine and runs courses for the photographic travel firm, Light & Land.

JOE CORNISH is widely acknowledged as one of the greatest contemporary landscape photographers. He has lectured and exhibited in Britain and overseas, led workshops and written a number of successful books, including Scotland's Coast and Scotland's Mountains, both published by Aurum, and The Northumberland Coast with Frances Lincoln. His first job for the National Trust was the 1990 book In Search of Neptune and he has continued to work freelance for the Trust ever since. In 2006 Amateur Photographer honoured him with their annual Power of Photography award, and in 2008 he was made an honorary Fellow of the Royal Photographic Society.