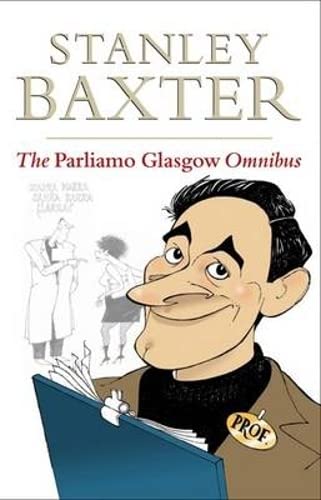 This hilarious book is the essential guide to understanding the intricacies and nuances of one of Britain's most colourful dialects. It has been immensely popular over the years and has provided the inspiration for a number of acts explaining the idiosyncrasies of local and national dialects from Dundonian to Australian.Centred around a number of dialogues which deal with everyday situations - at the discotheque, dining out, Hogmanay, Hallowe'en and shopping, to name but a few - it introduces a whole range of vocabulary and expressions likely to bewilder the uninitiated, but which are the key to understanding the Glaswegian in his natural habitat. From general comments about the weather ('Scummindooninbuckets') to useful phrases designed to ward off those who might be getting just a bit too familiar ('Takyurhonaffmabum'), this hilarious book will increase your vocabulary and give you the confidence to master this complex but enormously expressive language. "The Parliamo Glasgow Omnibus" audio CD is also available.

Born in Glasgow in 1926, the multi-faceted comic actor and impressionist Stanley Baxter became a household name across Britain in 1959 when he appeared on the BBC's satirical sketch show On the Bright Side, co-hosting with Betty Marsden, for which he was awarded the BAFTA for Light Entertainment Performance. The Stanley Baxter Show (1963-71) cemented his reputation and catapulted him to television stardom. Between the first and second series he appeared with June Whitfield on the six-part Baxter On... (1964), tackling a different subject each week, including law, class and television. He subsequently went on to star in a number of films and other television projects, including the BAFTA-winning, The Stanley Baxter Series (1981). Now in semi-retirement, Baxter has seen his television legacy honoured with a lifetime achievement award at the British Comedy Awards and two television tribute programmes. He lives in London.

This omnibus edition includes the author's two guides to speaking Glaswegian. Based on the most up-to-date techniques of language teaching they guide the uninitiated through the tangled thickets of speaking Glaswegian. Stanley Baxter is one of Scotland's best-loved comedians.