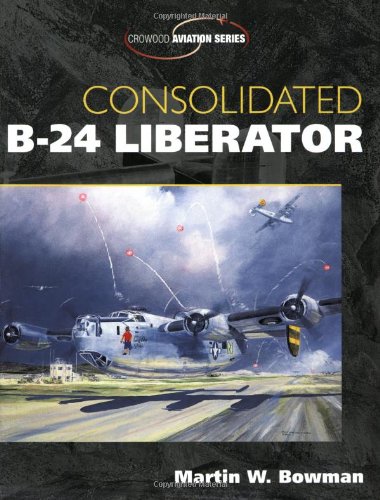 The B-24 was one of the most costly and complicated aircraft produced by the United States during World War 2. It was produced in greater numbers than any other US bomber - 19,000 being built and served all over the globe as a bomber, transport and long-range anti-submarine aeroplane. With over 200 rare photographs this is a detailed and absorbing book on a significant aeroplane.

Martin W Bowman is a frequent contributor not only to British aviation magazines including Flight International and Aeroplane Monthly but also to US magazines such as Air Combat. He has written over thirty aviation books and three for the Crowood Aviation series.

Book Description The Crowood Press, 2005. Condition: Good. A+ Customer service! Satisfaction Guaranteed! Book is in Used-Good condition. Pages and cover are clean and intact. Used items may not include supplementary materials such as CDs or access codes. May show signs of minor shelf wear and contain limited notes and highlighting. Seller Inventory # 1861267096-2-4